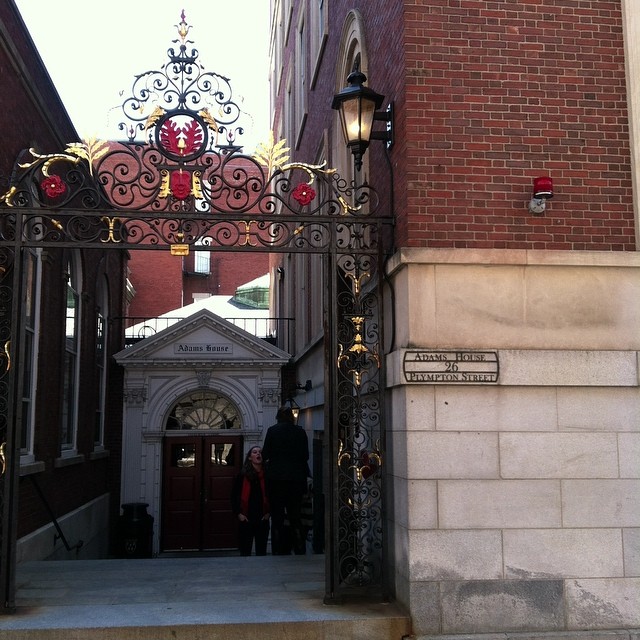 This was a fun show, there was a lot of buzz about Lemonheads. As I recall my housemates hated them but we were probably more there for Bullet Lavolta anyway.

I have a memory of the evening that overshadows my memory of the show. My housemate Dave said if he could draw on this guy's jean jacket, this guy could draw something on his jacket. "his jacket" was an L.L. Bean duck hnting coat that was really comfortable and warm. I wore it all the time.

Dave wrote (with a silver Sharpie paint marker) "Kierkegaard Rules! Either/Or O.K.!" The other guy countered with: "I Am DA FONZ! AAAAAAY!"

I still wore the jacket but I could hear the whispers.

Contemporary article about the show: "Kings Of The Wild Frontier, Jeff Chase, April 23, 1987"

Next: October 1 1987: Saw R.E.M. at Stokley Athletic center at the University of Tennessee.

Previous: March 2 1987: I lived in this not-quite-legal loft on Causeway Street in Boston.