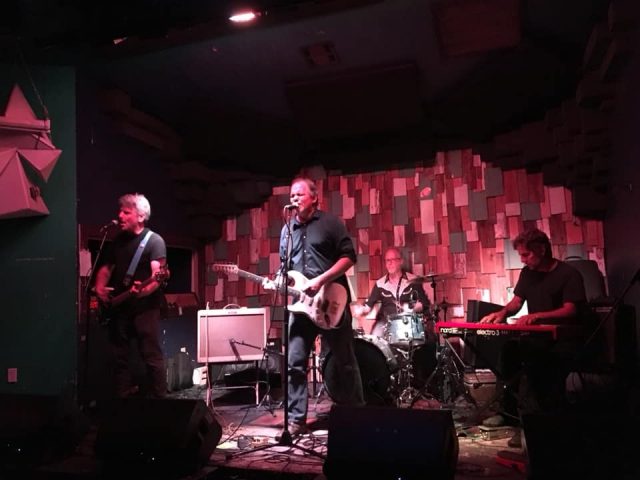 The Stacks started around 2000 to play two shows and just never managed to break up. I think there have been fifteen people in the band, with me as the only constant.

All posts tagged "The Stacks"

Golden Ray is David and Andrew from The Stacks, along with drummer Brian Tierney. We're doing half Andrew's songs and half Dave's, switching off on bass and guitar. 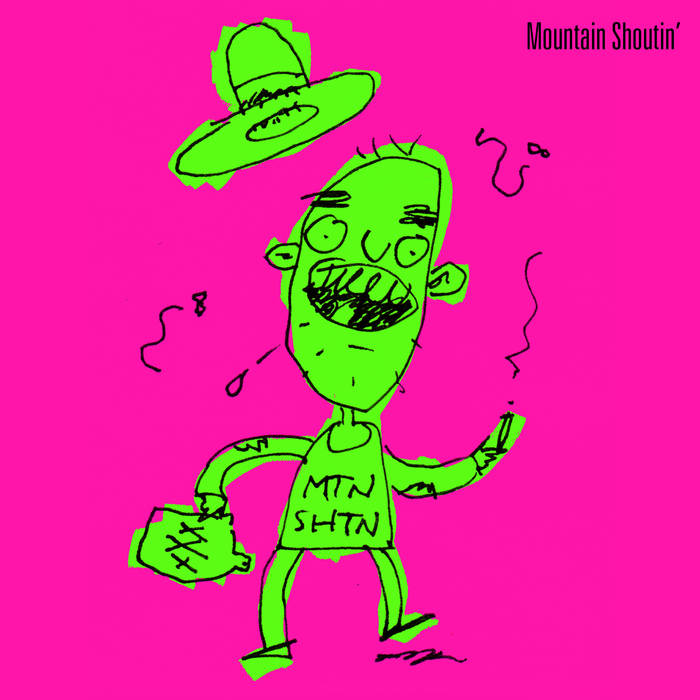 The Stacks set list, pretty much, but now with Texans. 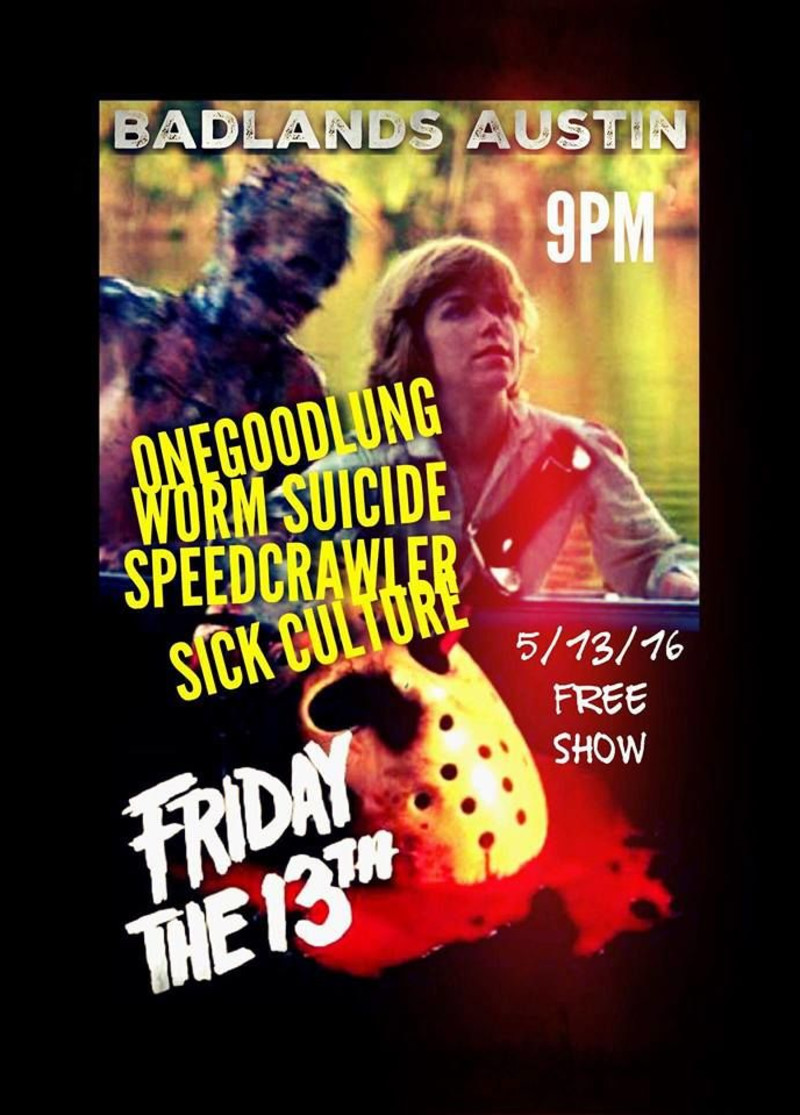 Fun little band I was briefly the drummer of. We rehearsed a bunch but I think we just played three shows. We did misfits covers and unlikely country songs really fast. I liked it a lot. Honestly, the funnest tape I have of this band is when a friend of the bass player came to check us out "for a video he was shooting" and he was so high on Adderall he was like a comet. I have it somewhere.

We did one terrific recording with Daniel Rey (Ramones producer, member of The Martinets currently and Masters Of Reality formerly). I was the drummer. Daniel made the cymbals sound great, he could probably find work just doing that. Members went on to be in Luxurious Faux Furs, Chicken Snake, and The Nato Coles Band.

Fun band I played drums in with "Benny" (real name Mark) and Kelly Vaughn (now Kelly Vaughn-Kaufmann). We just played one show at a miserable club called 169 Bar and it was a disaster. But the Stacks song "I'm Wild" came out of a jam at one of our rehearsals. 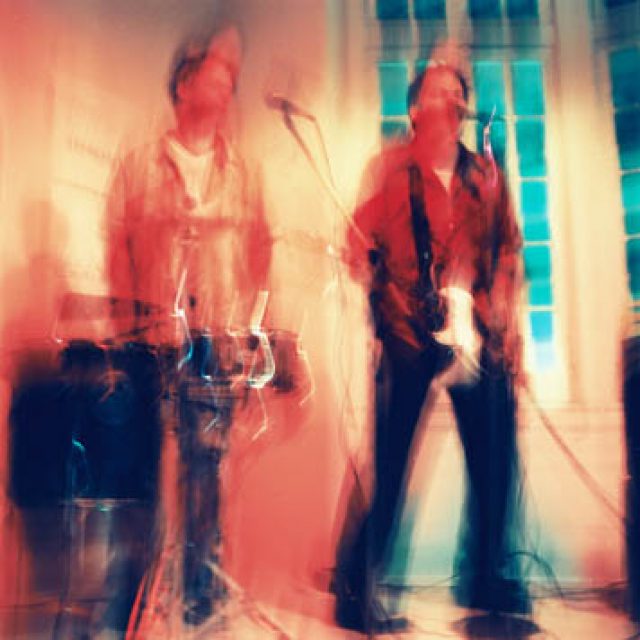 Slade Nash auditioned for The Stacks with a stand-up kit that included a snow shovel and a motorcycle rim. It wasn't a match but I kept his number. We started a two-piece band that only lasted one year but we played fifty-two shows in (I think) seven states.

We played one show. John Vignault, Brian Manning, Chan Menon, Al Dorsey, Doug De Rienzo, me, and a young drummer who we lost track of and never heard from again. His dad loved us though. We did a killer "Total Destruction To Your Mind".
No recordings exist that I know of. Would love to know the date of that show, but if anyone would know it, I would.

Jimmy and The Wolfpack 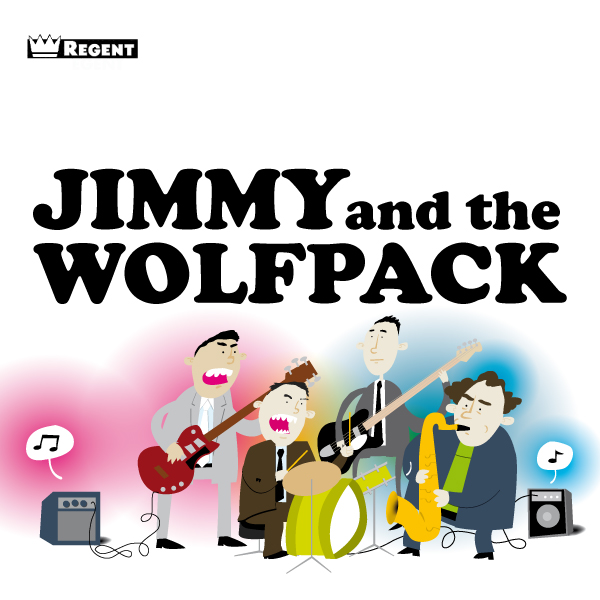 A really terrific band that started because I wanted to do some of Chan's song but I felt they were too ridiculous even for The Stacks. So it was basically the same people except I switched to drums. The history of it is so weird because we started it in New Orleans, broke up because of Katrina, then three of four members wound up in the New York metro region so we became a New York City band. Dave, Chan, Doug, and Al or Trey, depending on location.

All posts tagged "Jimmy and The Wolfpack" 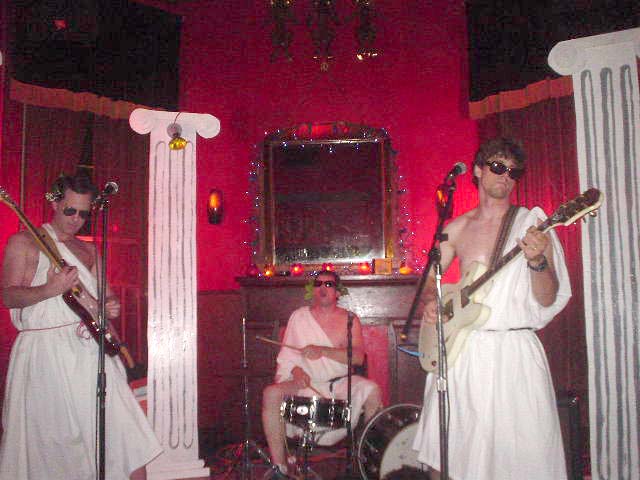 Short-lived band that actually toured around some. The spectacle was the thing with this trio, but there's a recording somewhere. We're on a DVD somebody made called Blackbeard's Lost Weekend (part of a live show at The Cave in Chapel Hill, N.C.). 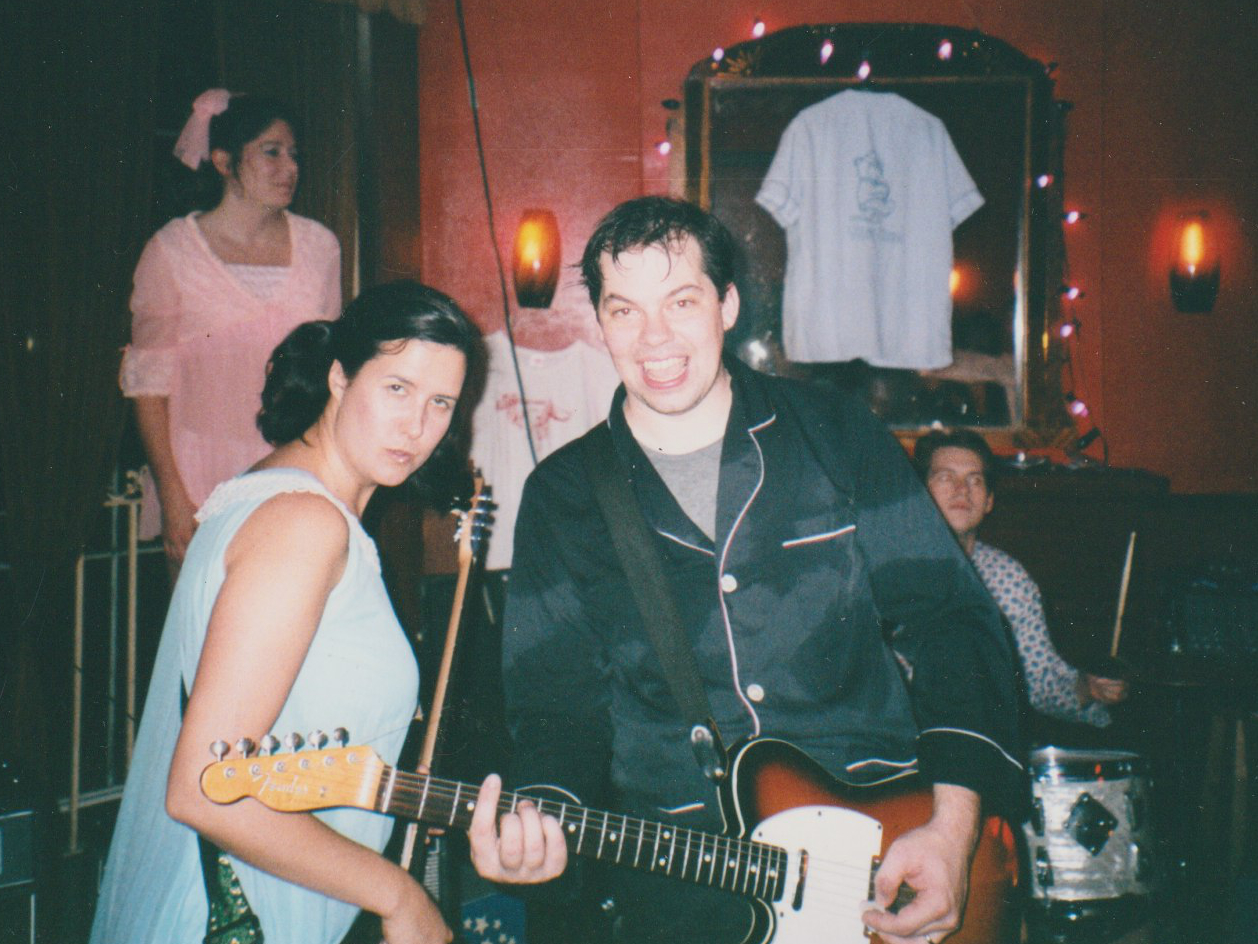 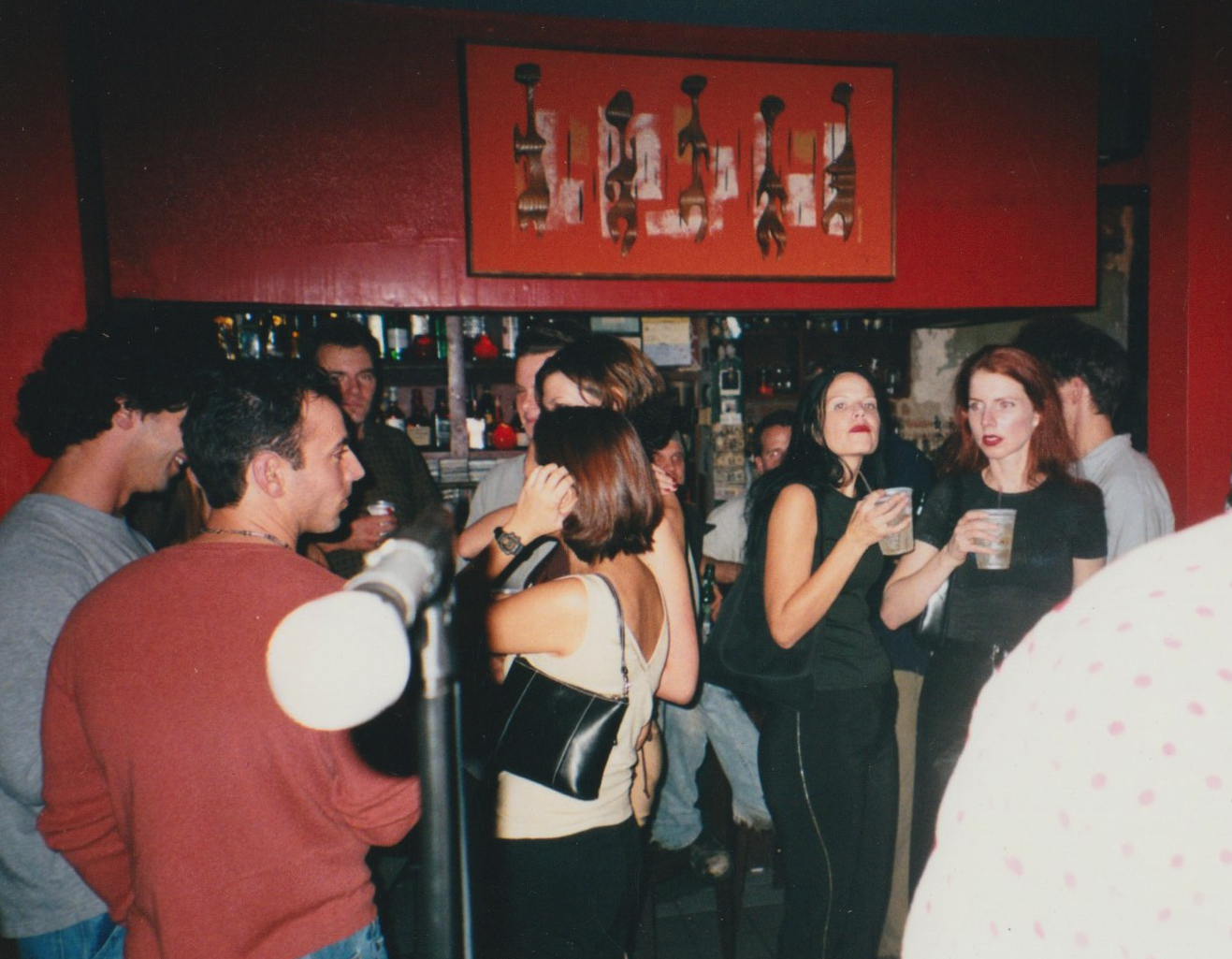 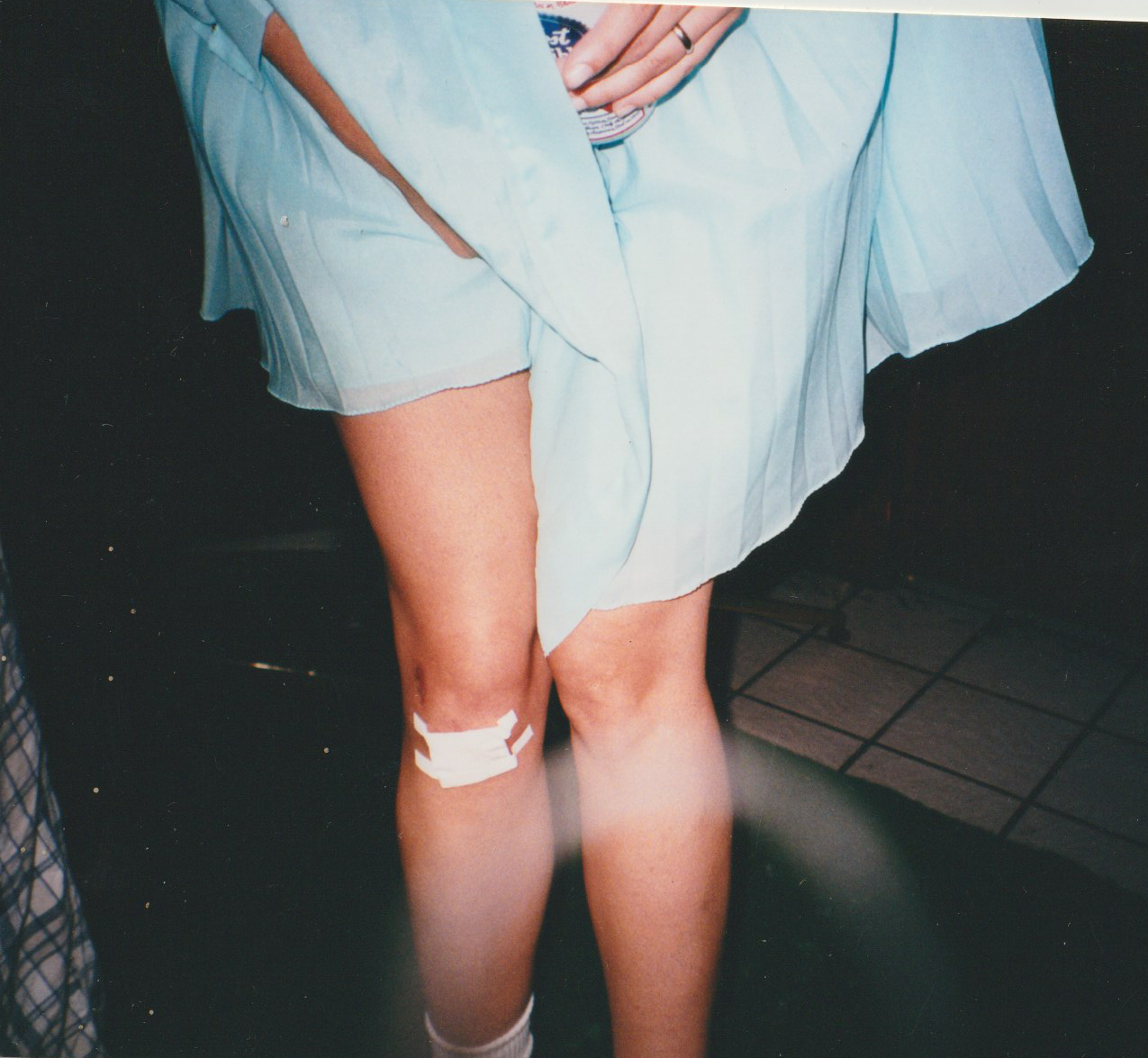 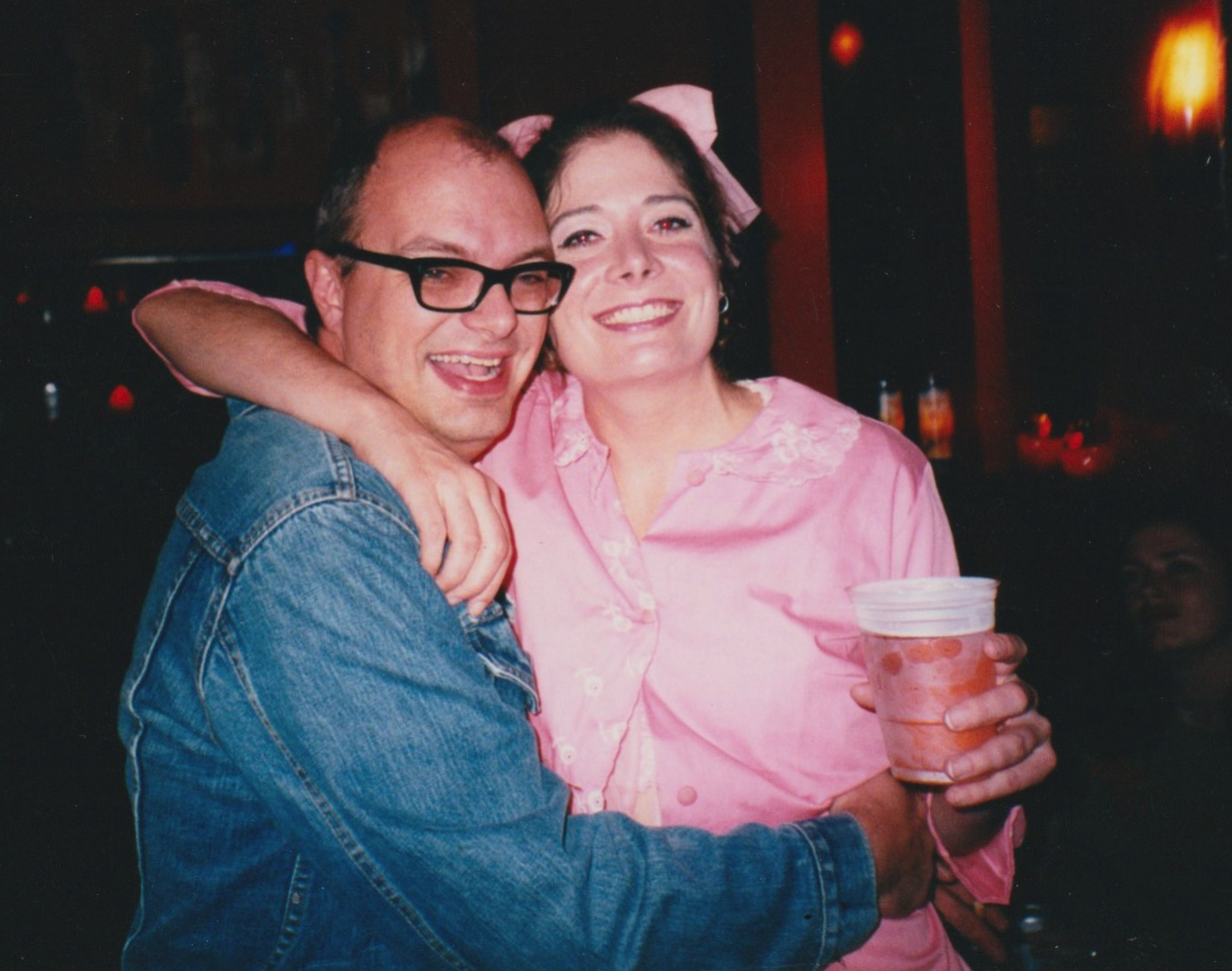 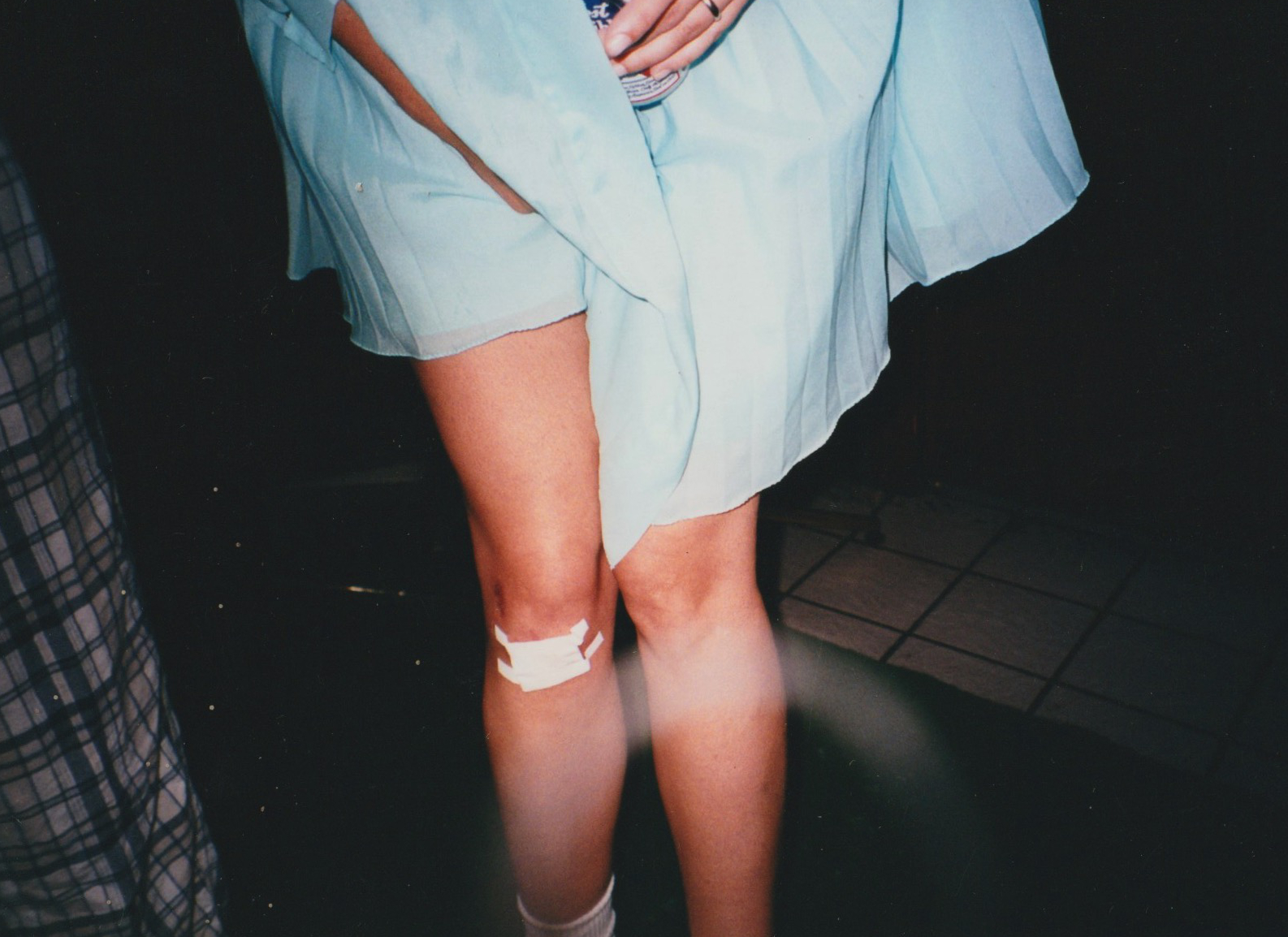 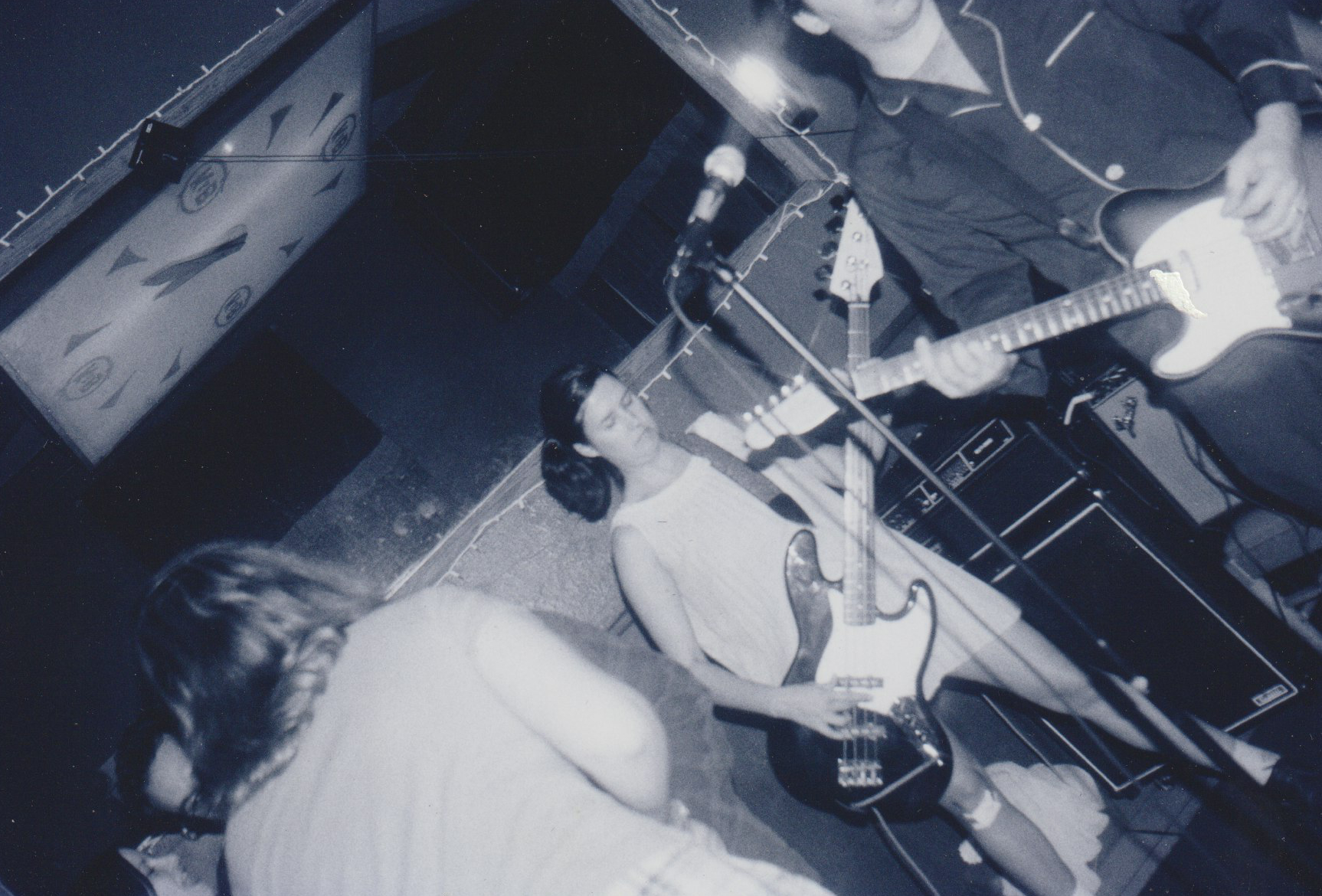 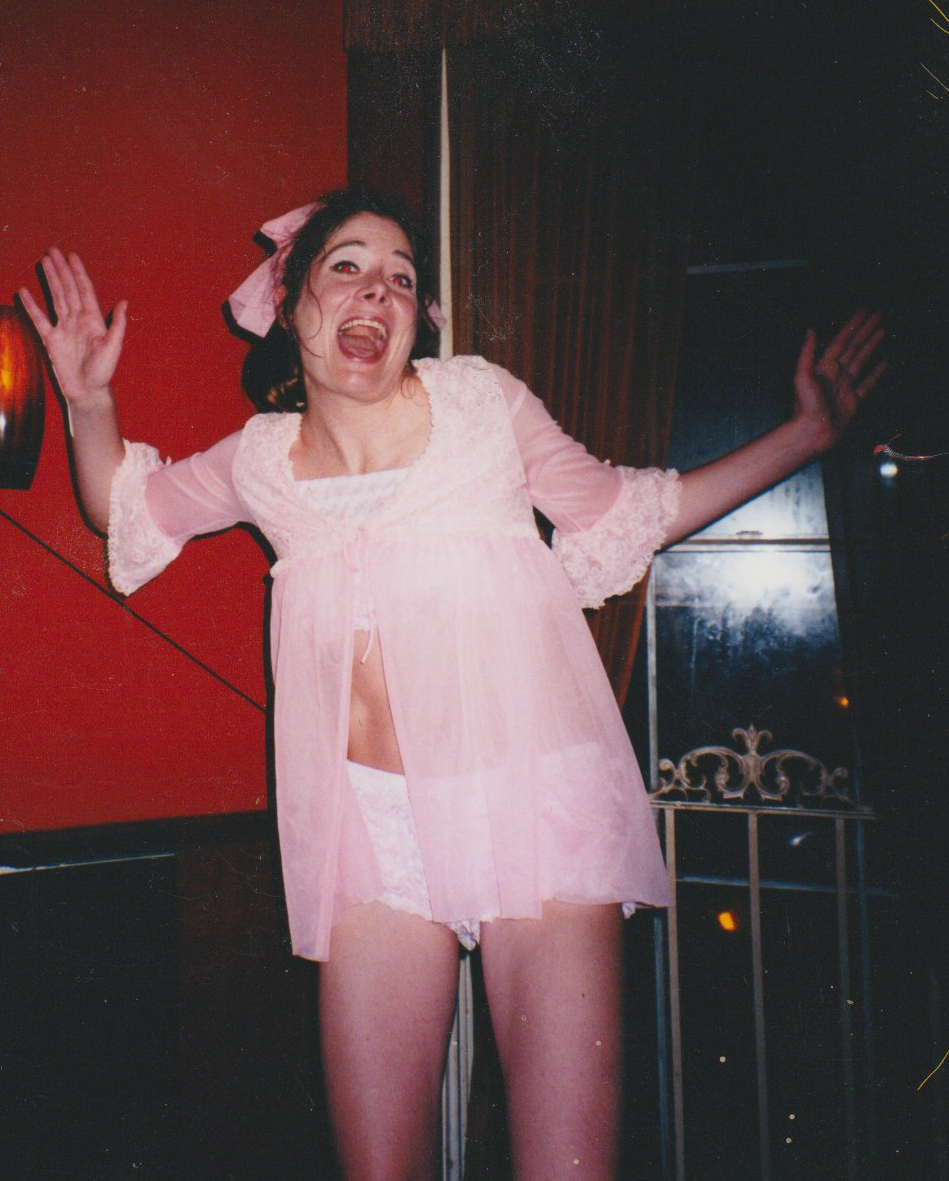 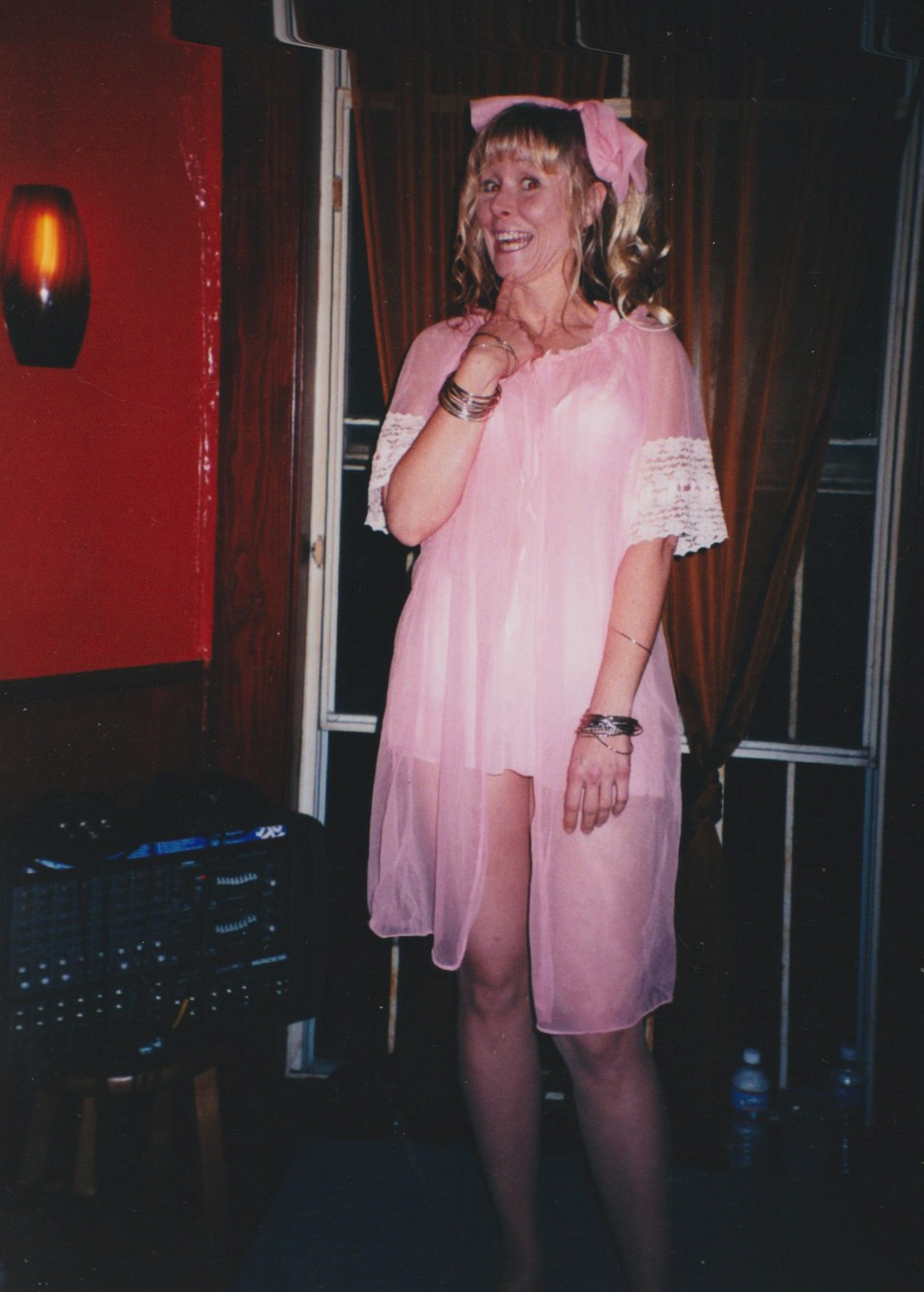 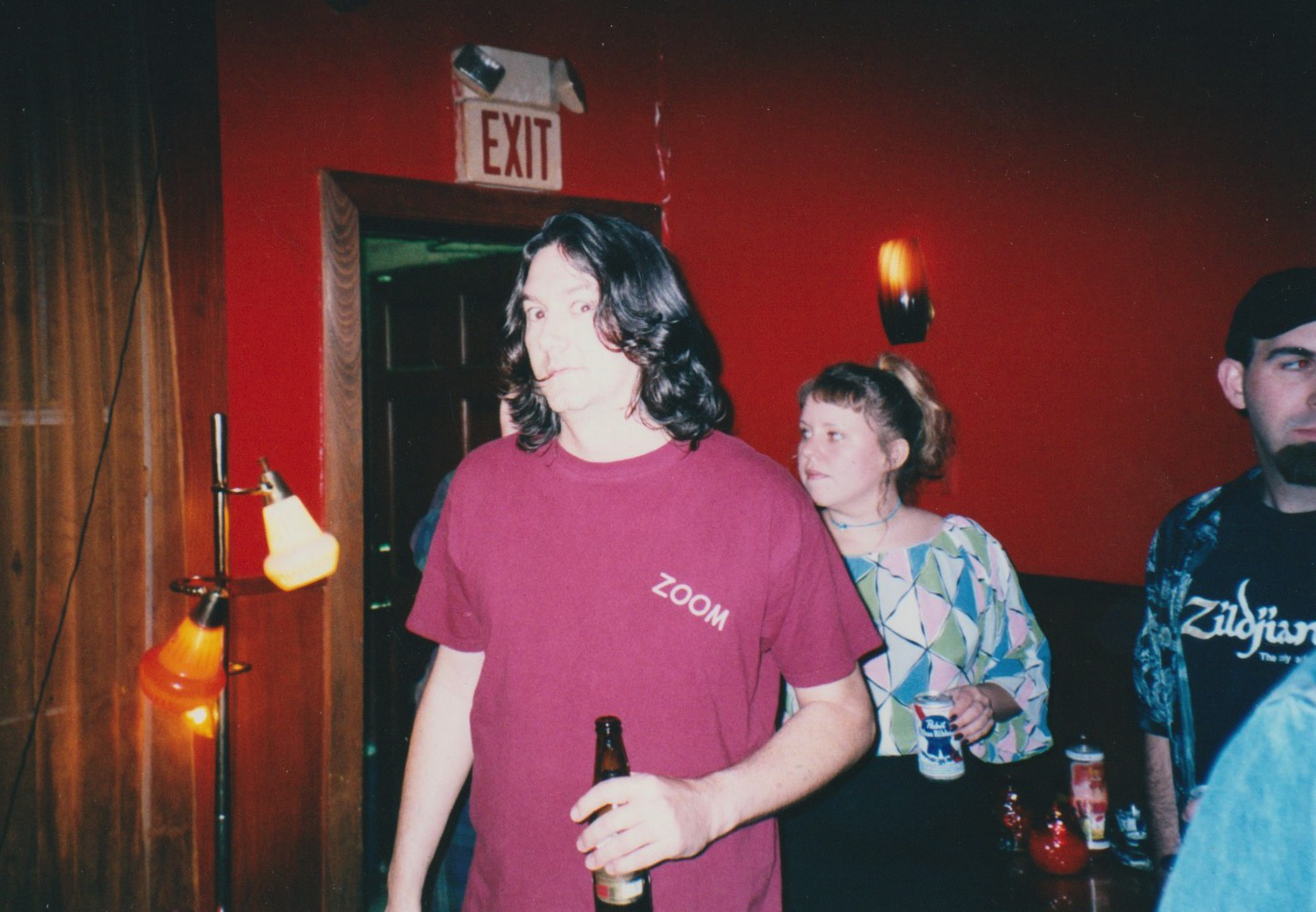 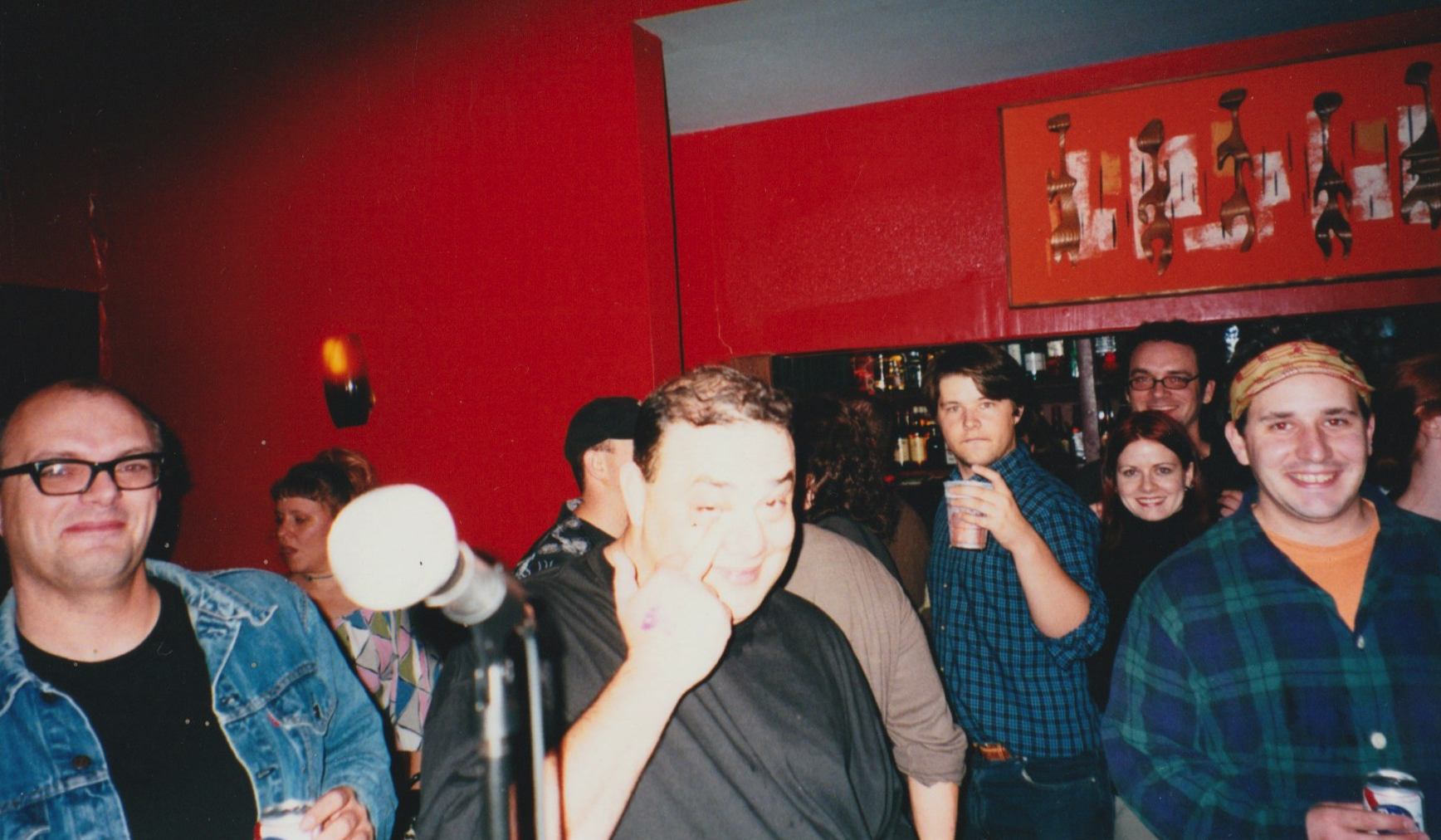 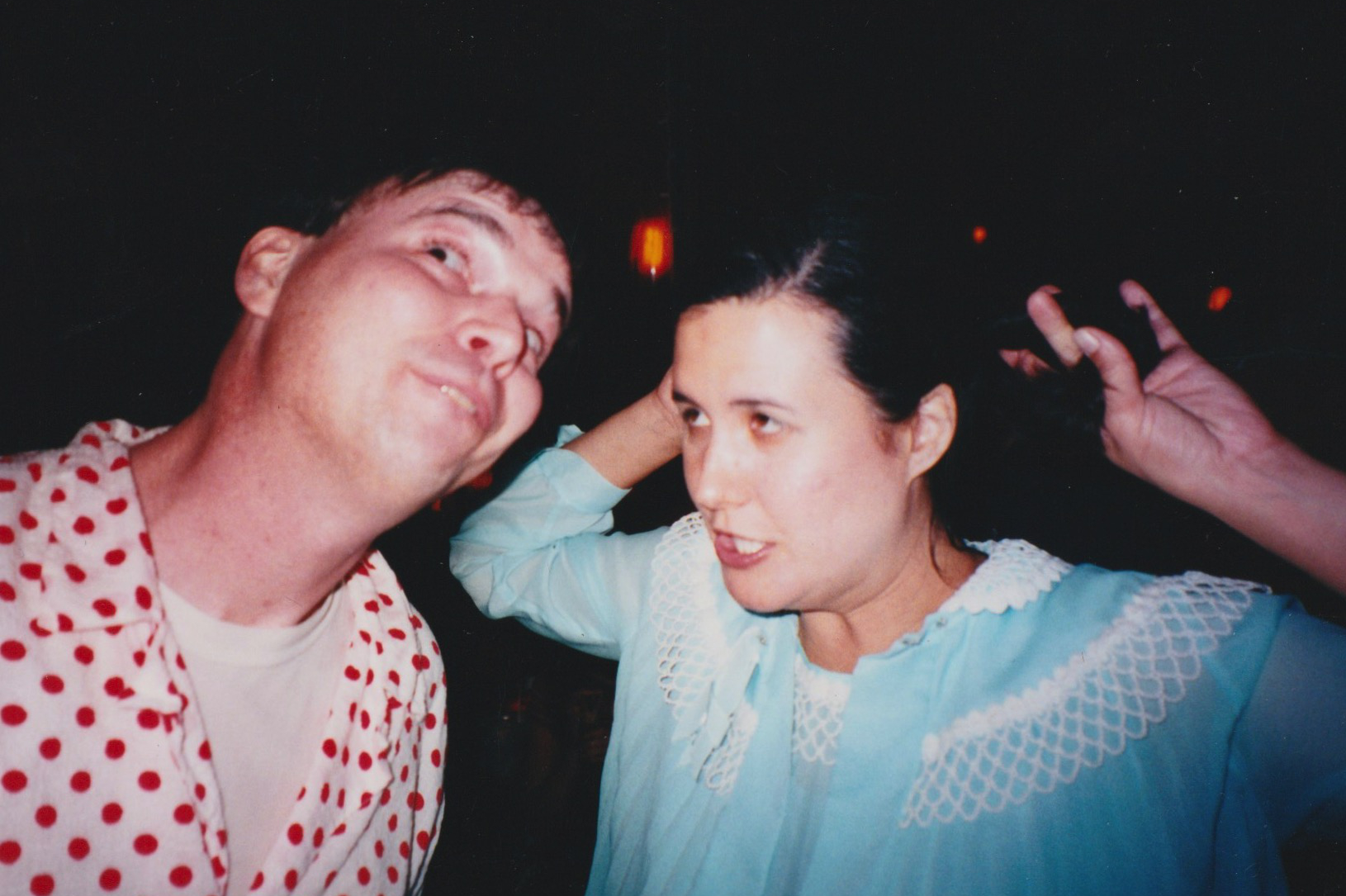 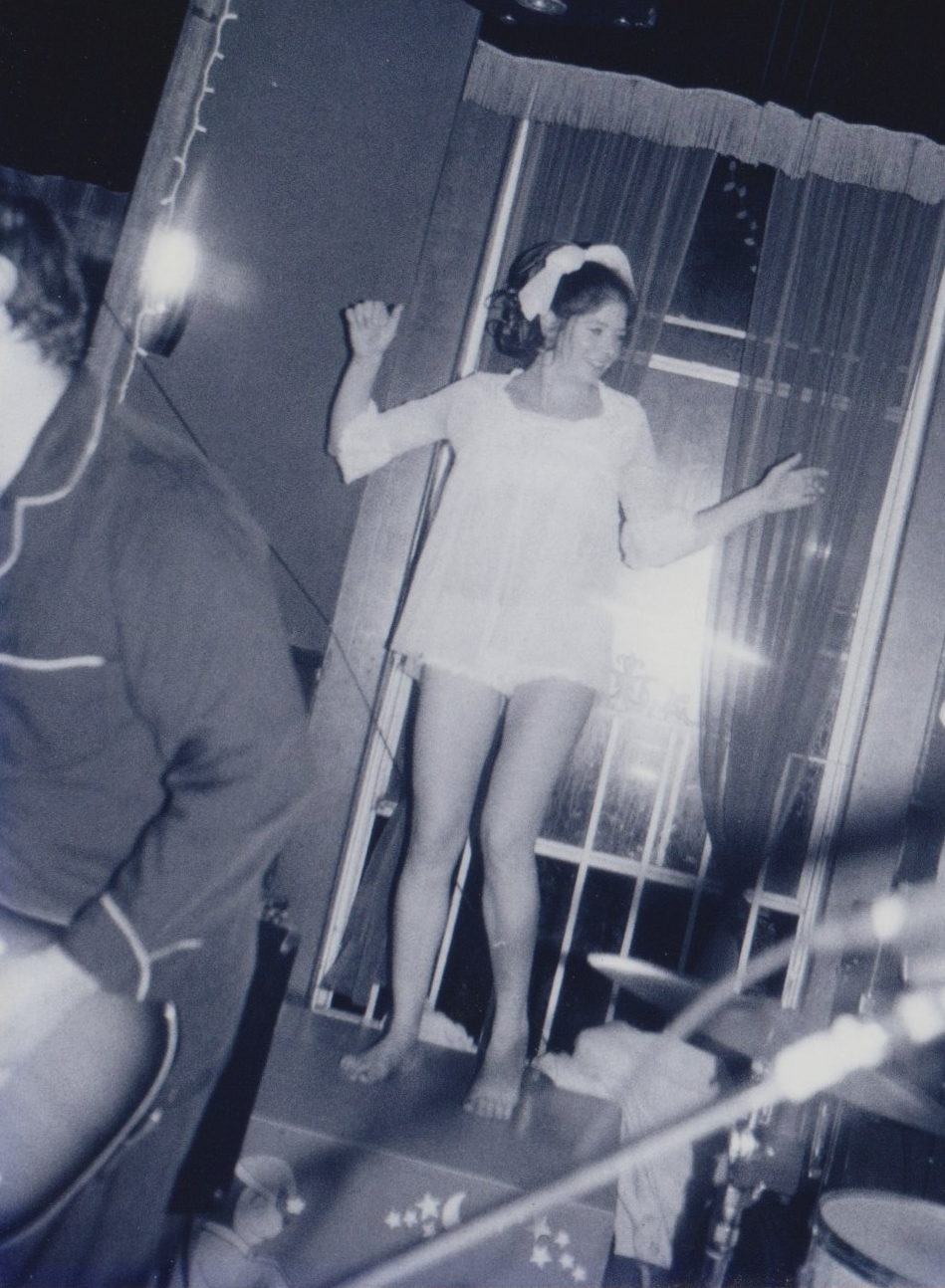 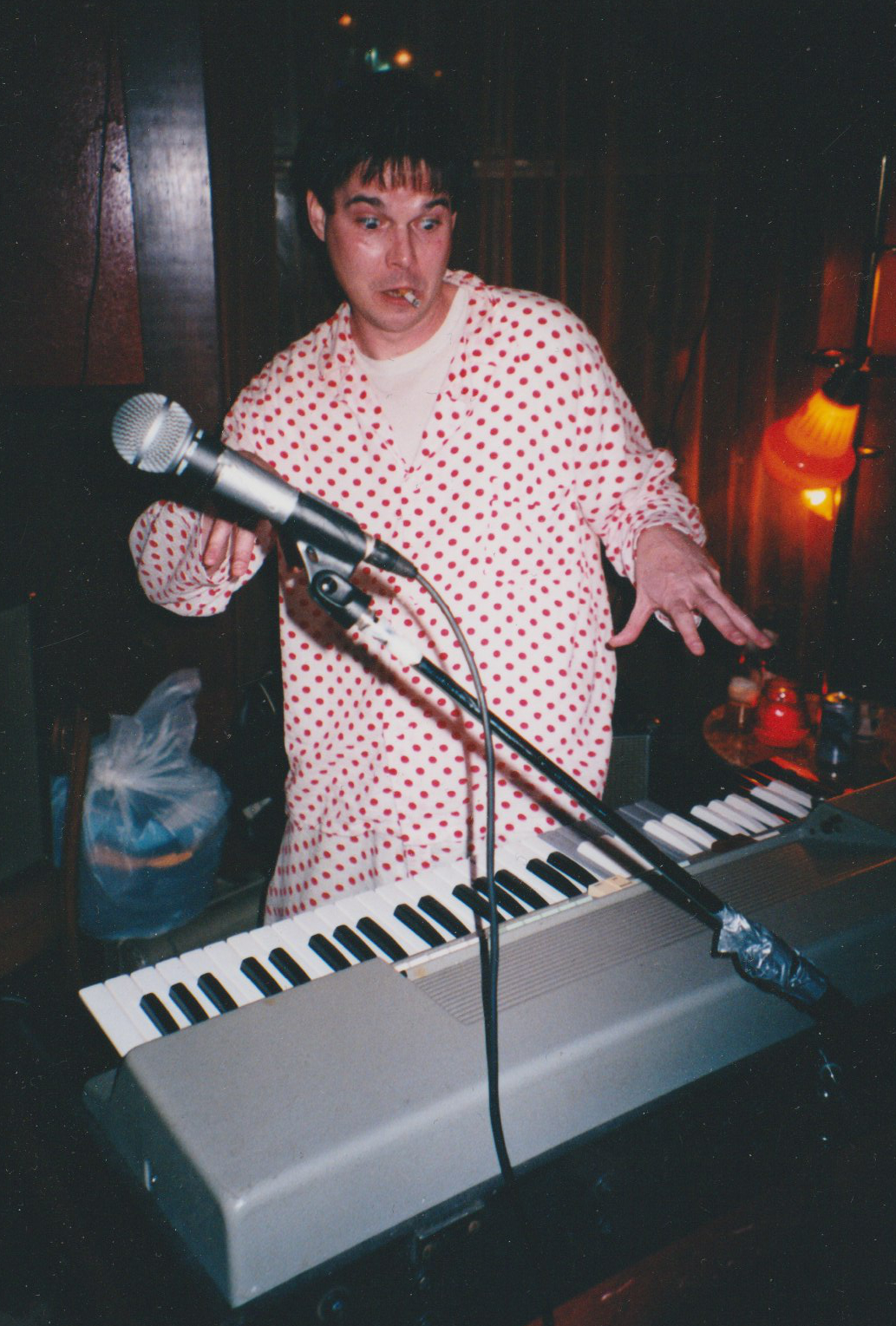 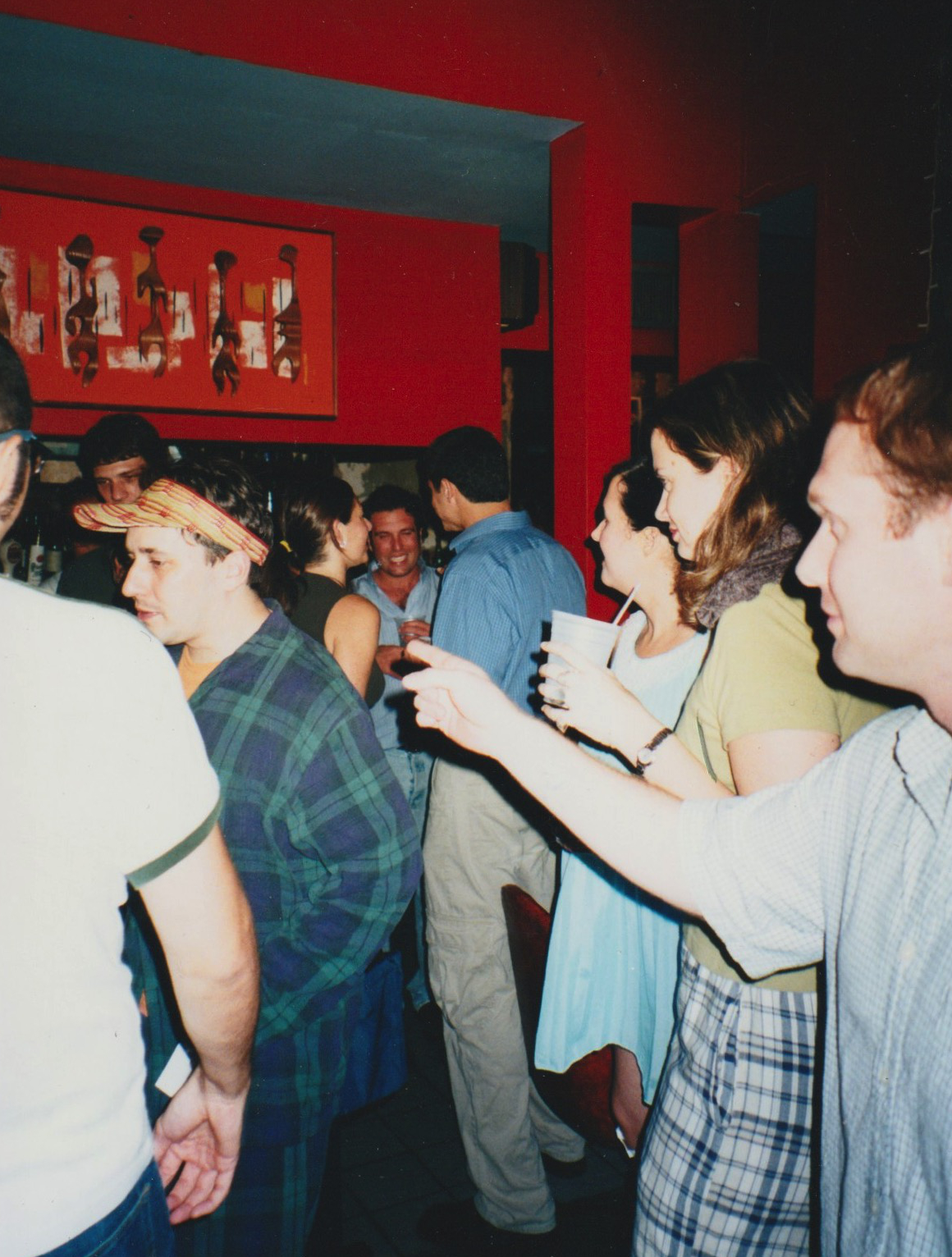 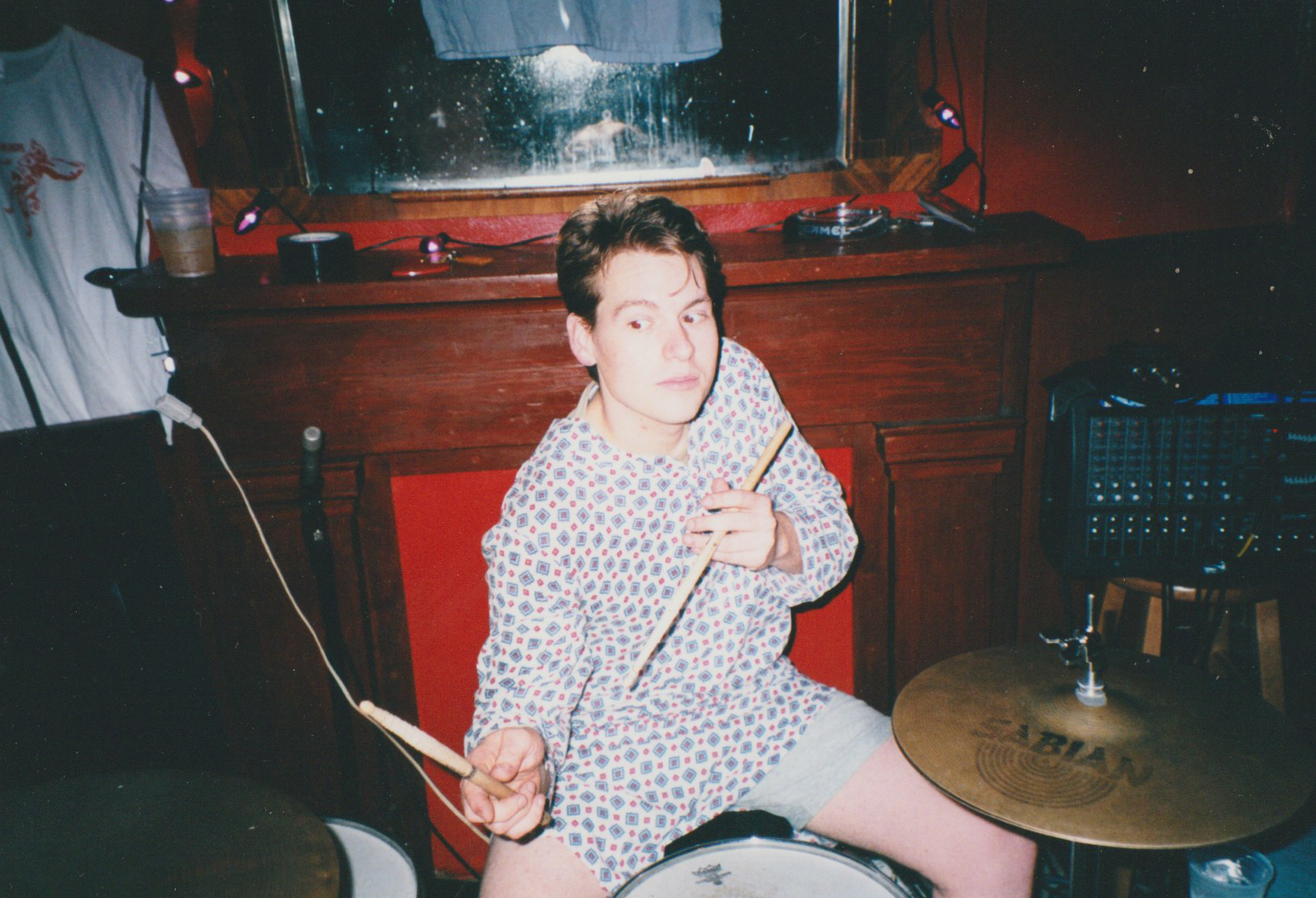 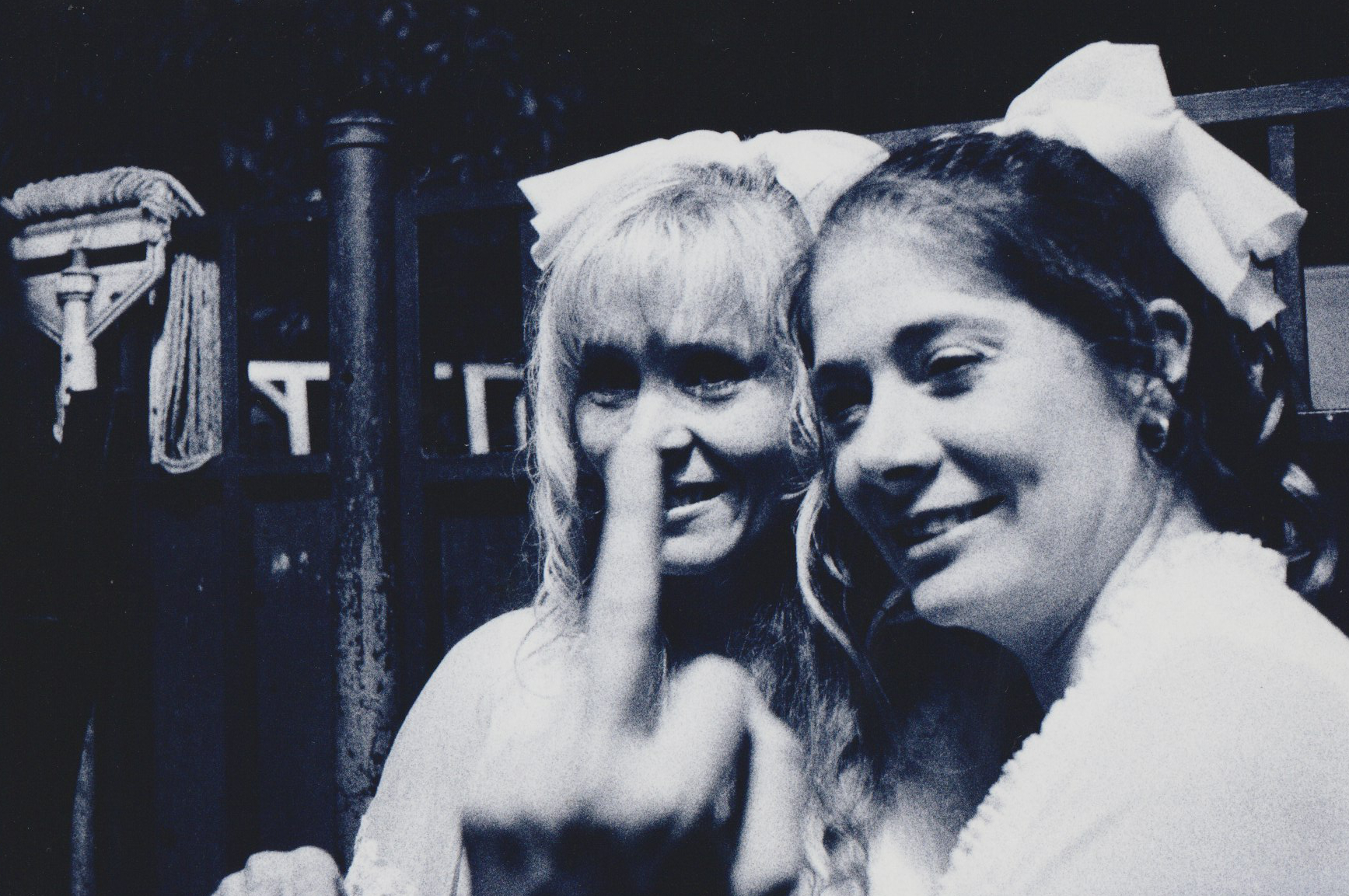 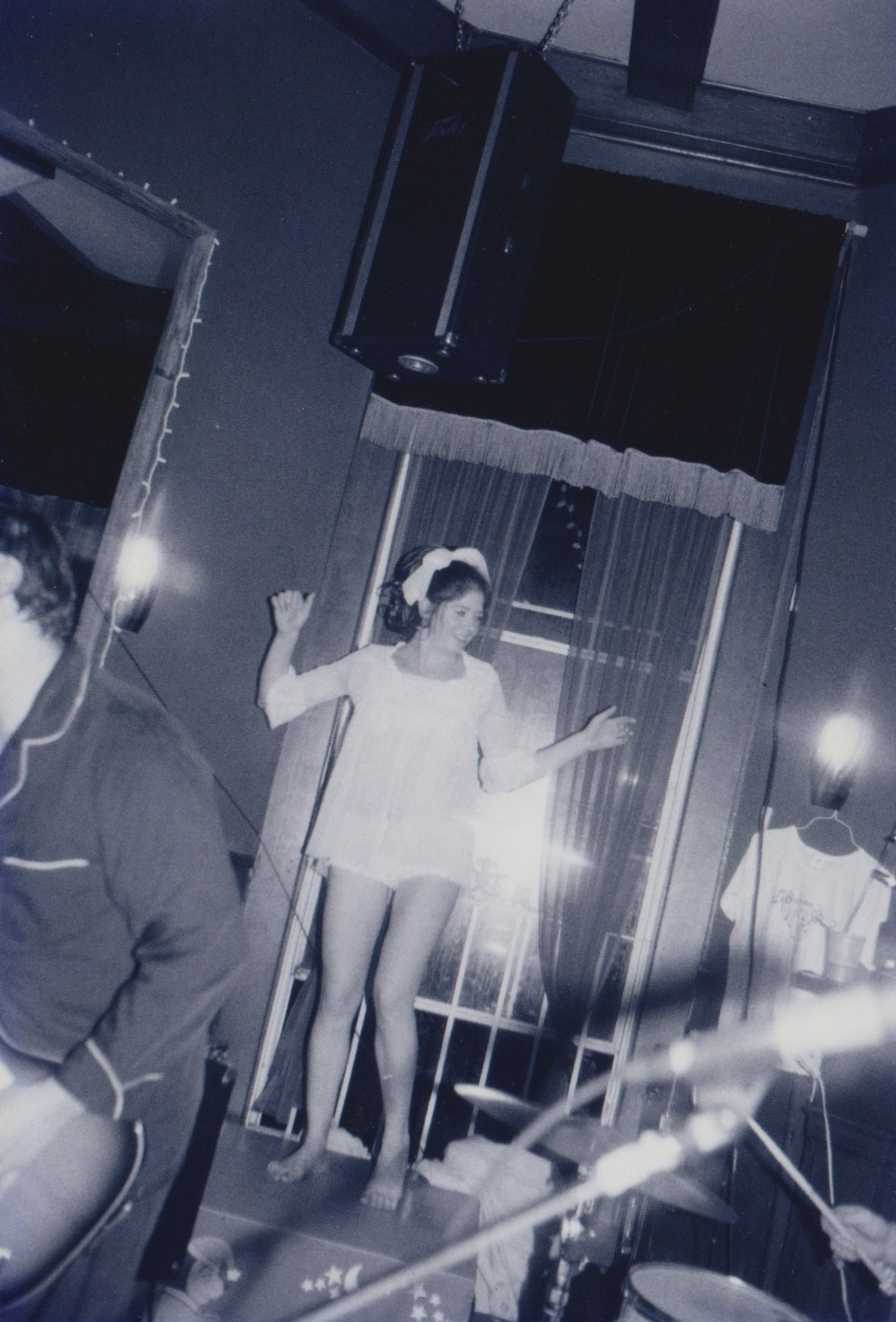 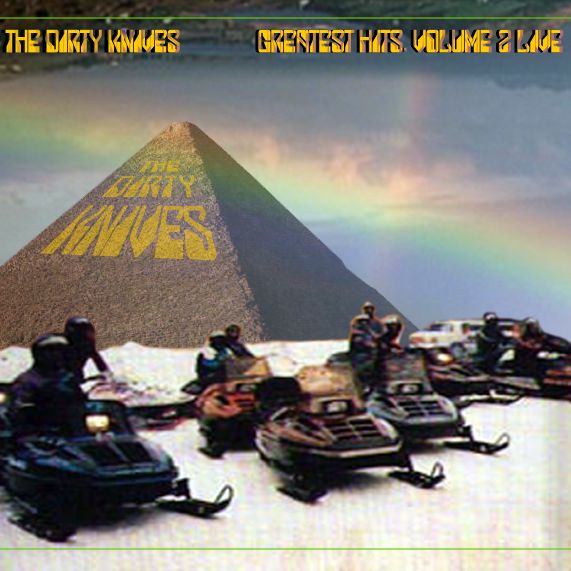 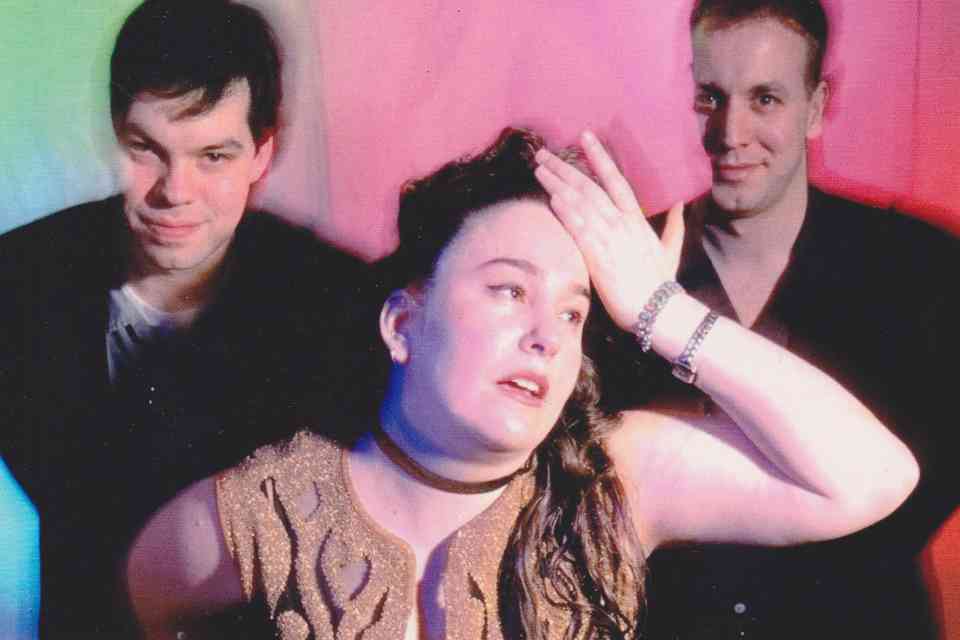 We did record some good stuff with Mitro Valsamis but I don't appear to have a copy. (EDIT: Jahna sent me copies of the recording, so here they are!) 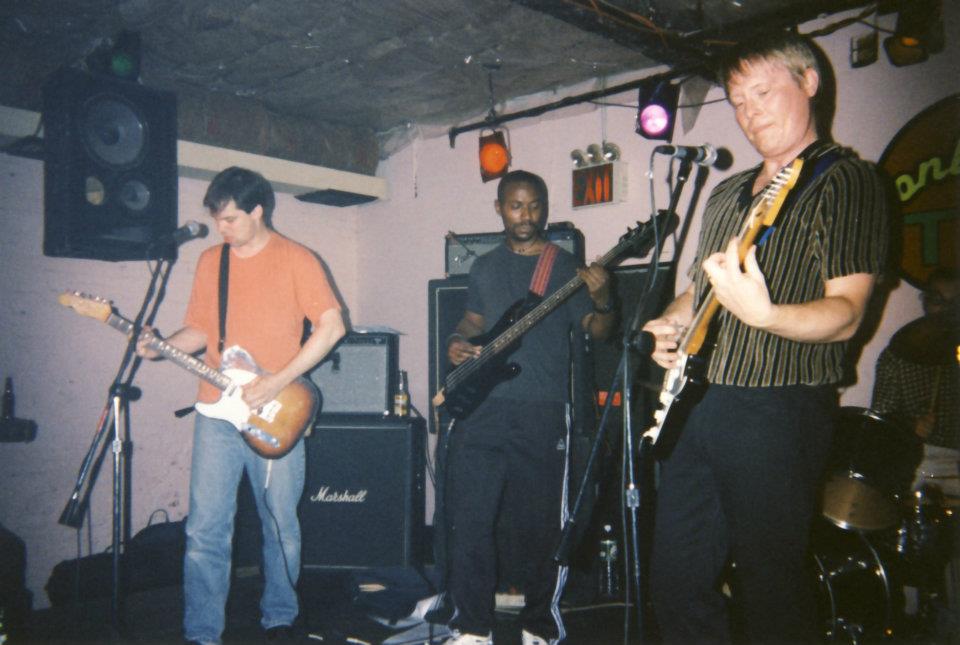 This was a pretty fun band that changed drummers all the time. We had a mix of originals (by Yod) and garagey covers. I was still very green as a player, so some of the guitar parts were too hard for me. Yod has written a good history of the Dark Marbles many line-ups.

I think I played five shows with this band. The first one, according to my day planner, was February 12, 1998.

One show; we went to SXSW to play a daytine show on 6th Street. I was standing in for the regular guitarist, who couldn't make it. The bassist was also a stand-in, and he came from Holland, we literally met at the gig. I hope it was a good show. No recordings of me with this band but I will link to some. 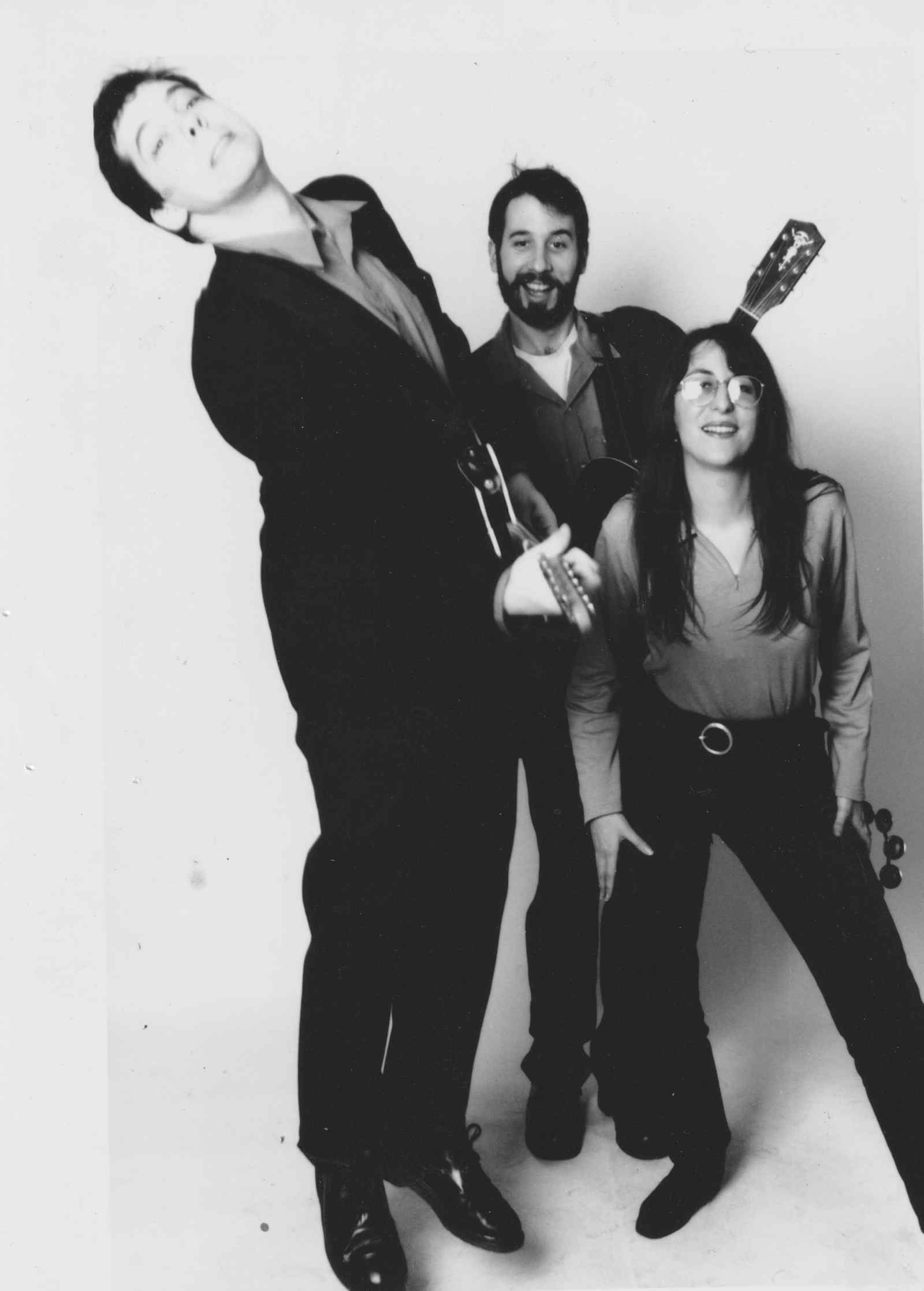 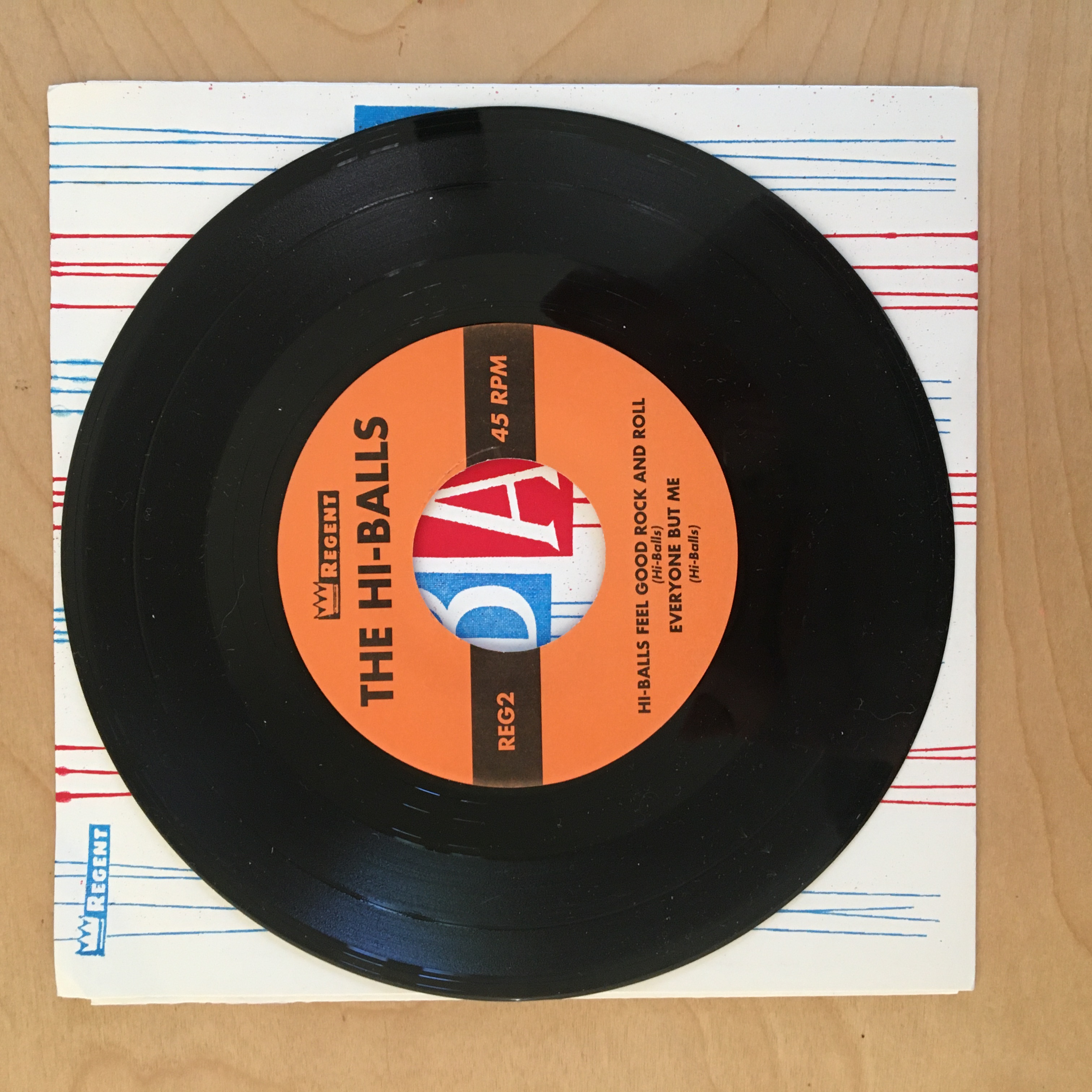 I know I have at least one picture of this band because I remember our guitar player Rick is wearing a top hat and cut off jeans with a basketball jersey and we are playing in a Blockbuster parking lot. but i can't find it. Rick??
One of my favorite self-penned lyrics, "Breathe Fire", is on this recording. "Couples Skate Only" is on here too.

Here's something i wrote about us twenty years ago (circa 2000):

Snake Oil was a band ahead of its time. Only now is their overheated metallic blues finding the audience it deserved.
The band began when I, Dave Rhoden, got kicked out of my own band Everything Tool, because I wanted to do more stupid material. The surviving members suggested I hook up with KGB (not the Jefferson Airship refugees or the other "supergroup" also using that name), three drunkards who frequently opened shows for us. They played a lot of 'double covers' - songs the Replacements covered, basically. Also "Dragon Attack." But they had a song called "Black Label Light", and Everything Tool had one called "Black Label", so we had something in common.

The first rehearsal took place in Gryphon's Laundry's basement in Knoxville the night the Gulf War broke out....you figure out the dates. Then we played a bunch of shows where the audience booed and threw things, finding the combination of goofy "blooz" lyrics and the band's maximum heaviosity unbearable.

Despite our absolute lack of success (I don't think we ever got paid, ever), we had a number of classic songs that are as good as...I dunno, "Take The Skinheads Bowling"? We didn't want to rule the world but we wanted somebody to think we were all right.

We had a little kindling size pile of great songs, and I still think "Breathe Fire" has one of the best lyrics I ever wrote and I'm shocked that the salacious ballad "Couples Skate Only" isn't played at more weddings and proms.
Others who were in the band with me have taken umbrage at my telling of the tale but none of them have stepped up to the mike (no longer true! read Rick's version -ed.) ...but apparently all our songs were hyper-intelligent and wildly commercial and our behavior was without stain.

I don't know what happened to Rick's version.

Pretty fun band where I was at first the most accompished musician, which is a bad, bad sign. We played a show on a slippery floor where me and Ed Wright, the other guitarist, fell down repeatedly even though we were just trying to stand still. We rehearsed in a house where the litterboxes where just flat beer boxes with piles of litter that were never cleaned, at least not to my knowledge. I left because Everything Tool had an out-of-town show that caused me to miss practice. An ultimatum was issued. I guess they were ready to forge ahead without me. This band became the Flying Polecats (without me).

Surely no recordings or pictures exist. 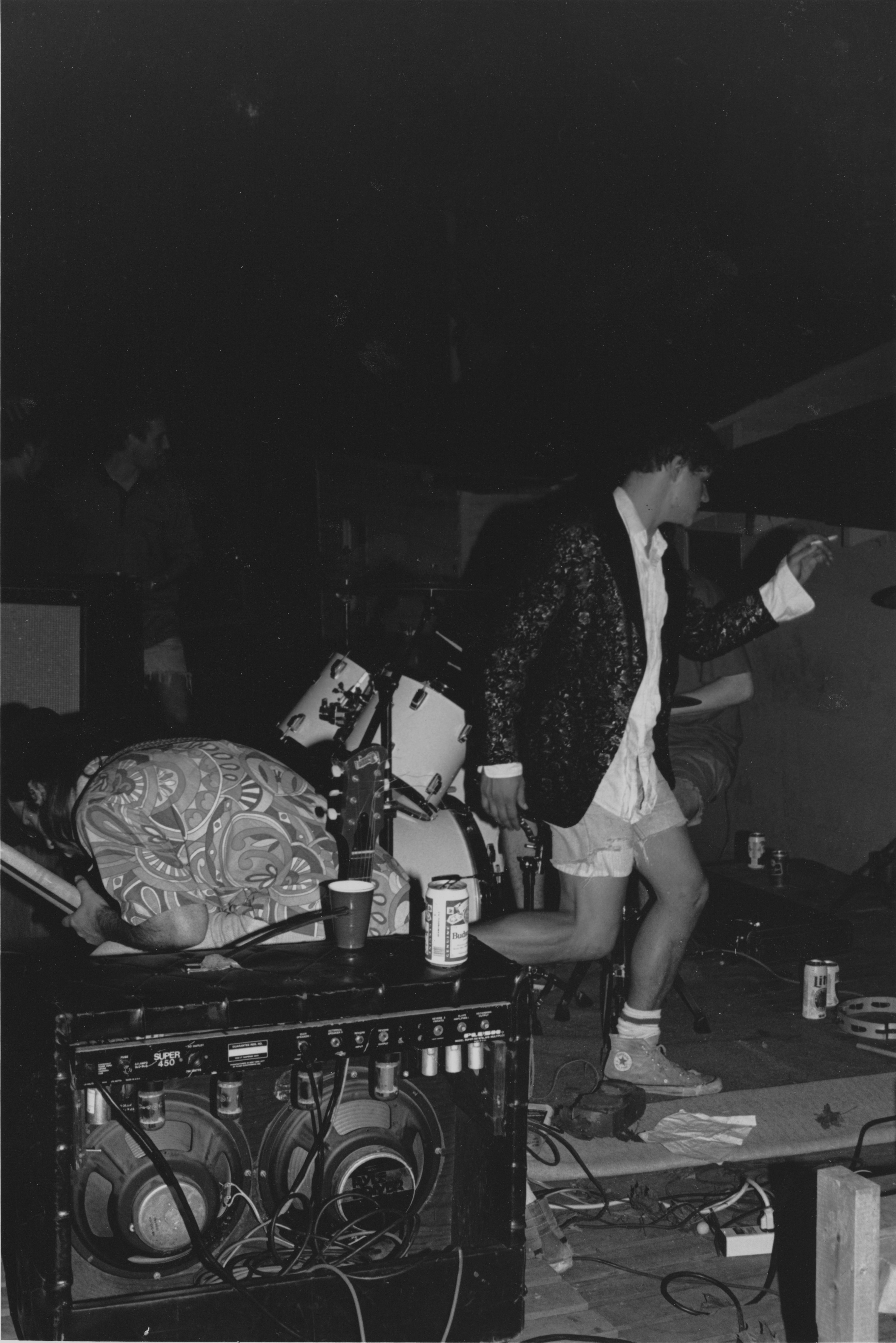 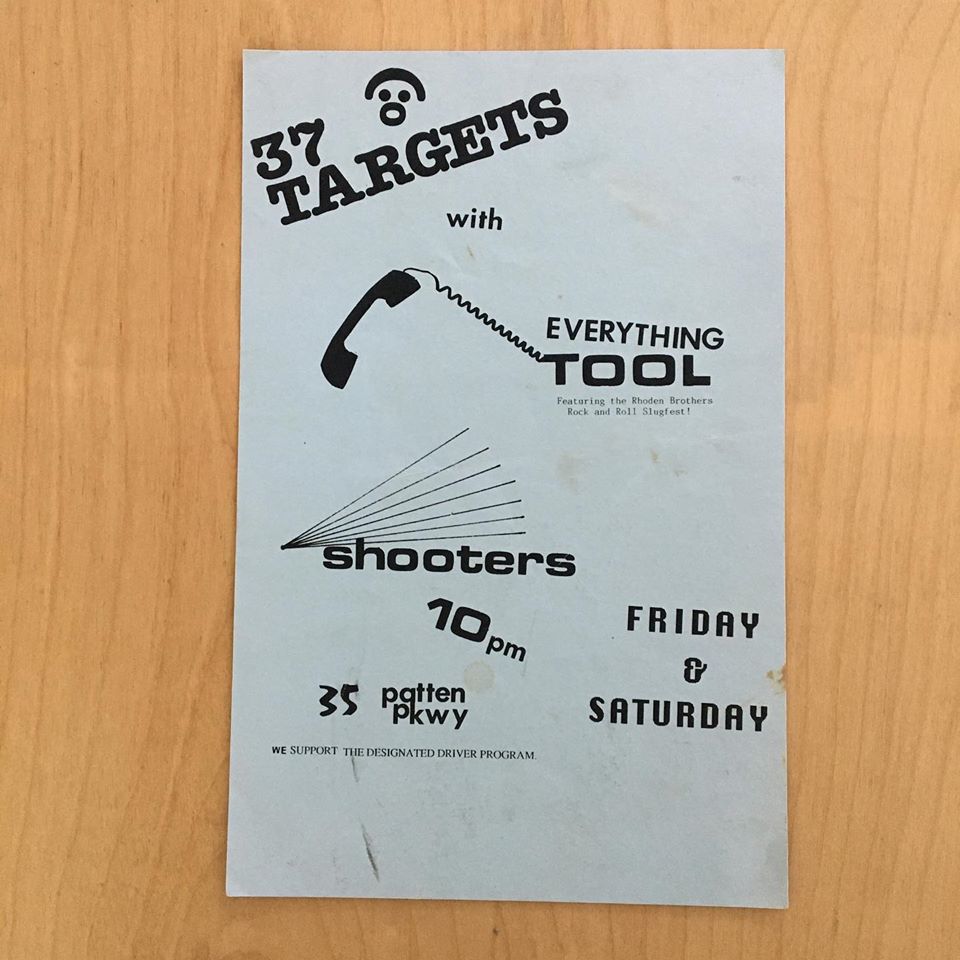 First "real" college band. I thought we were pretty good though I'm embarrassed by the lyrics now. We made a cassette called "Mystic Crystal Revelation" but I don't have a copy. we toured as far west as Memphis and as far south as Huntsville, Alabama.

All posts tagged "Everything Tool"

Cheerio and The Camels

Band that played one show, at Williams College, in Williamstown, Massachusetts, while they were handing out the box lunches.

Last year of high school. We released one 7" that I apparently don't have a copy of or even a picture of. It's very embarrassing so I know someone will force a copy on me.

First band. We made one cassette release called "Unhealthy". I cut a picture of some bad (anemic) red blood cells out of my mom's Biology textbook to make the cover. I don't have a copy of the recording.

If you have recordings of any of these things that I don't, please get in touch.