Every once in a while, The New York Times or The Washington Post want to talk to me. It usually has to do with something I don't know that much about.

Review of my show with Francine Judd at Dante's Kitchen.

"Rock 'N' Rhoden", Bunny Matthews, Offbeat, November, 2002.
i can't believe I said some of ths sh*t and somebody printed it. I am still good with the bands I gave credit to, but I also don't know what made me say bad stuff about Galactic--I do like and respect those guys, now. I really appreciate Bunny for writing it. In the middle of the interview, which was at the Offbeat office, their managing editor came in and said to Bunny, basically (out of my earshot, but not really): "Who is this? Why are you interviewing this guy?" as in: "How are supposed to keep moving units of our free magazine if you interview lame guys who didn't even attend high school here?" Yet, they printed it. 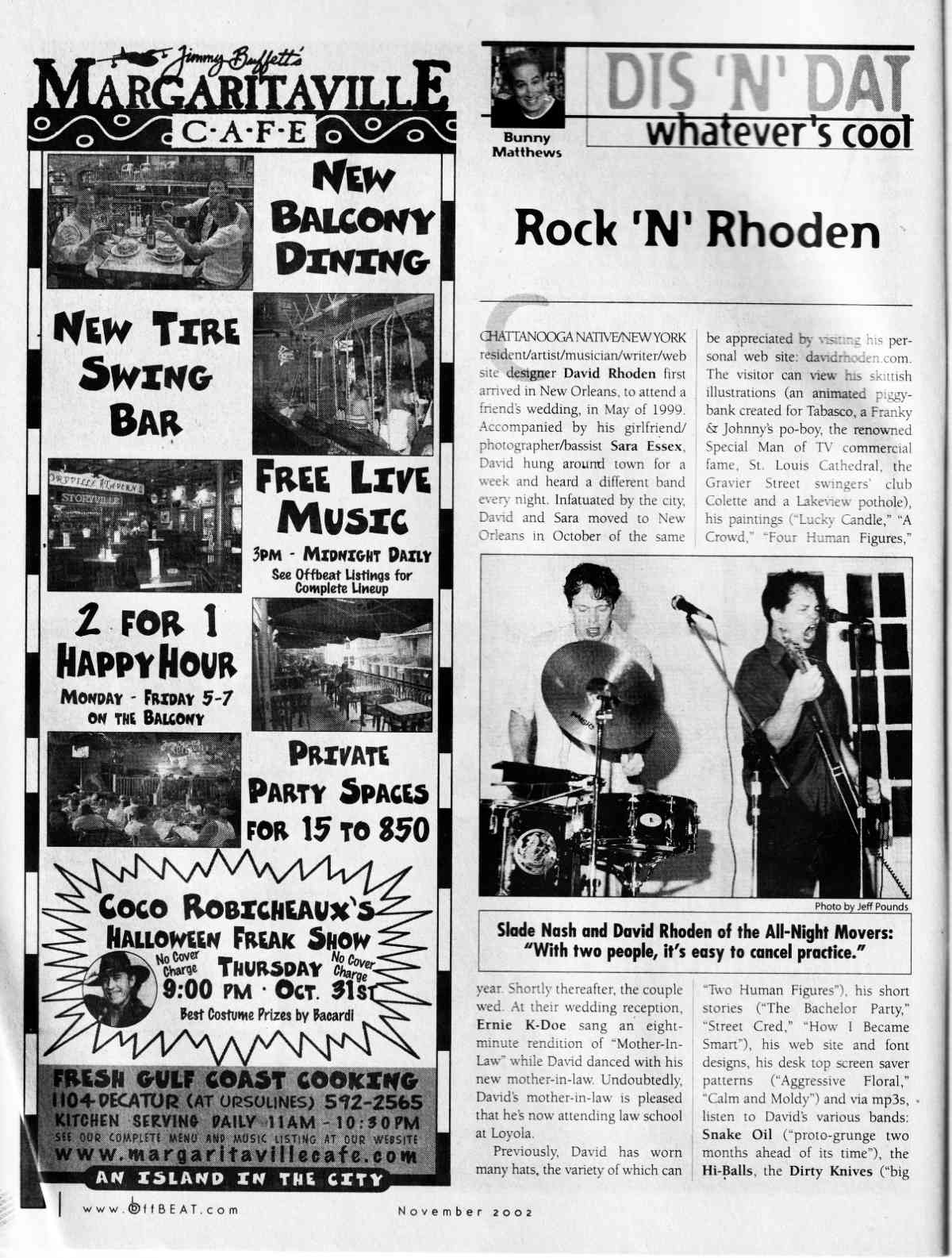 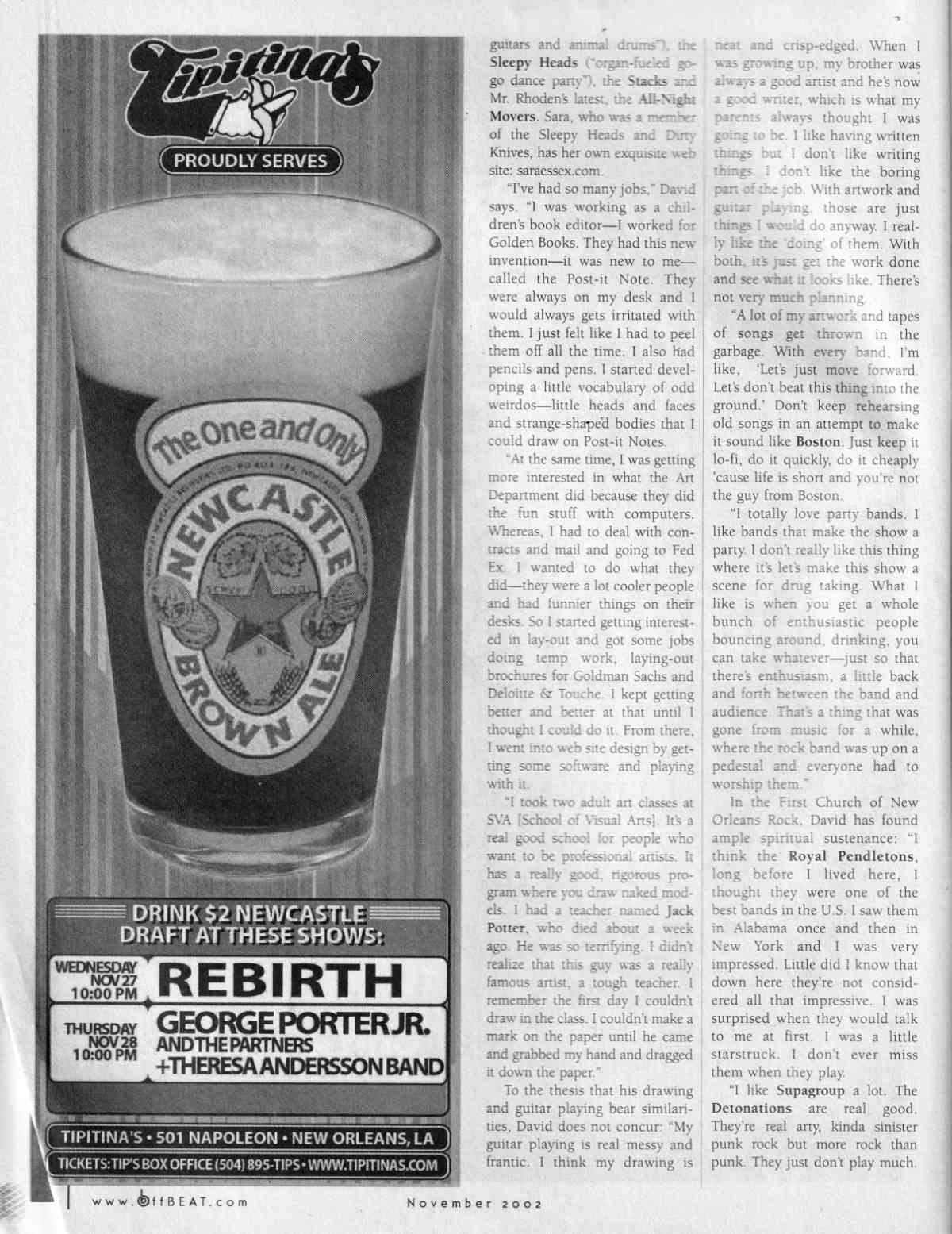 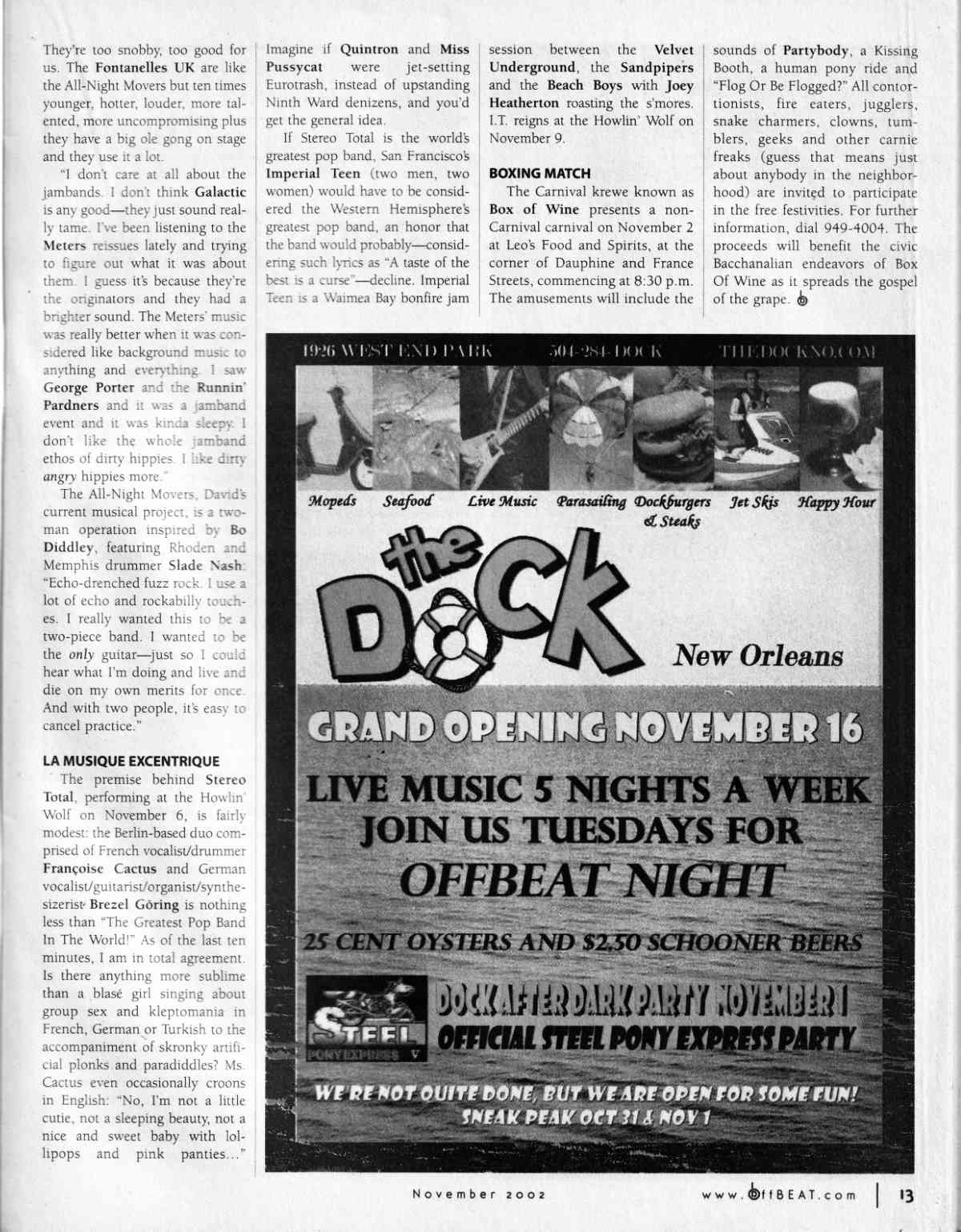 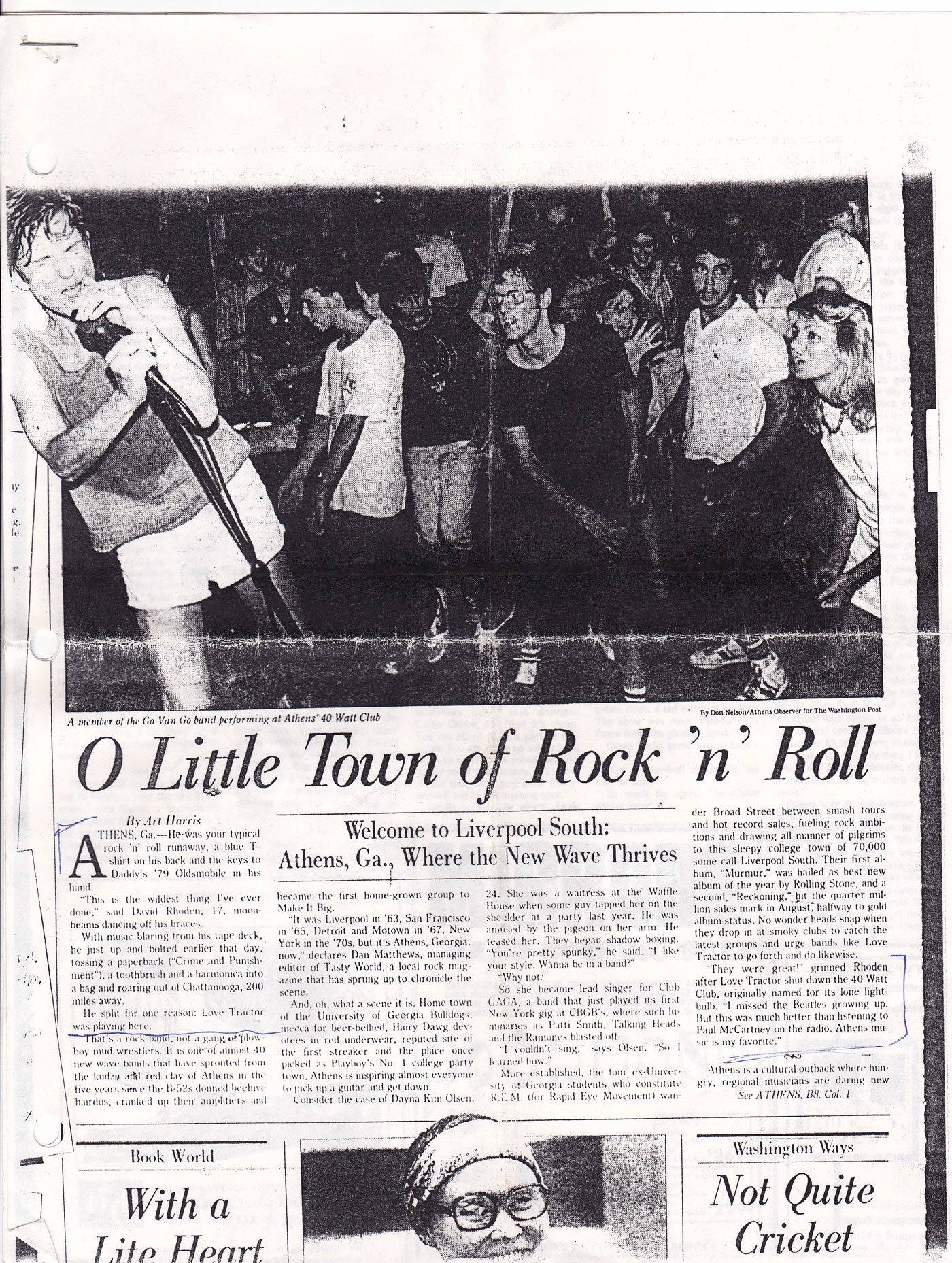 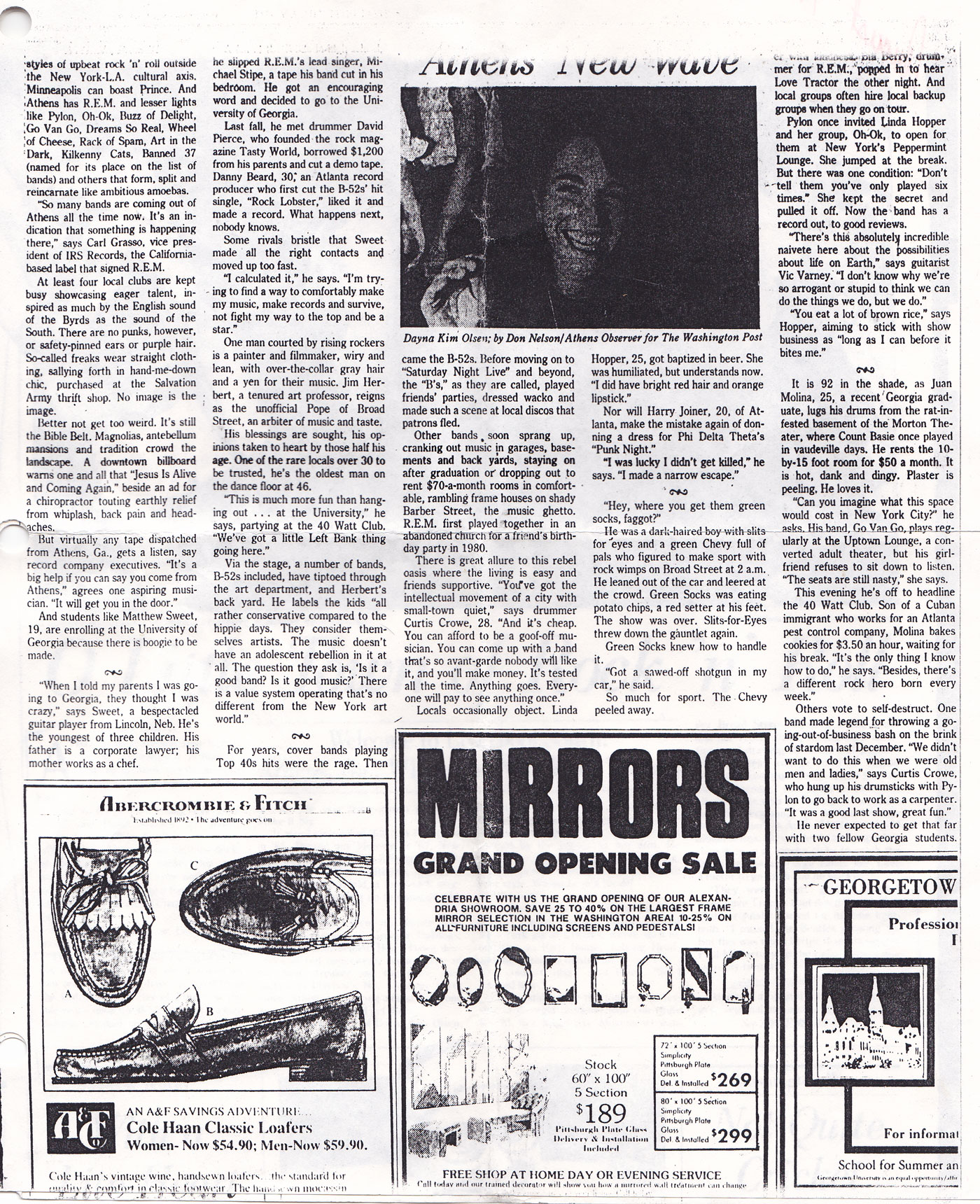