I played an open mic at Checkpoint Charlie 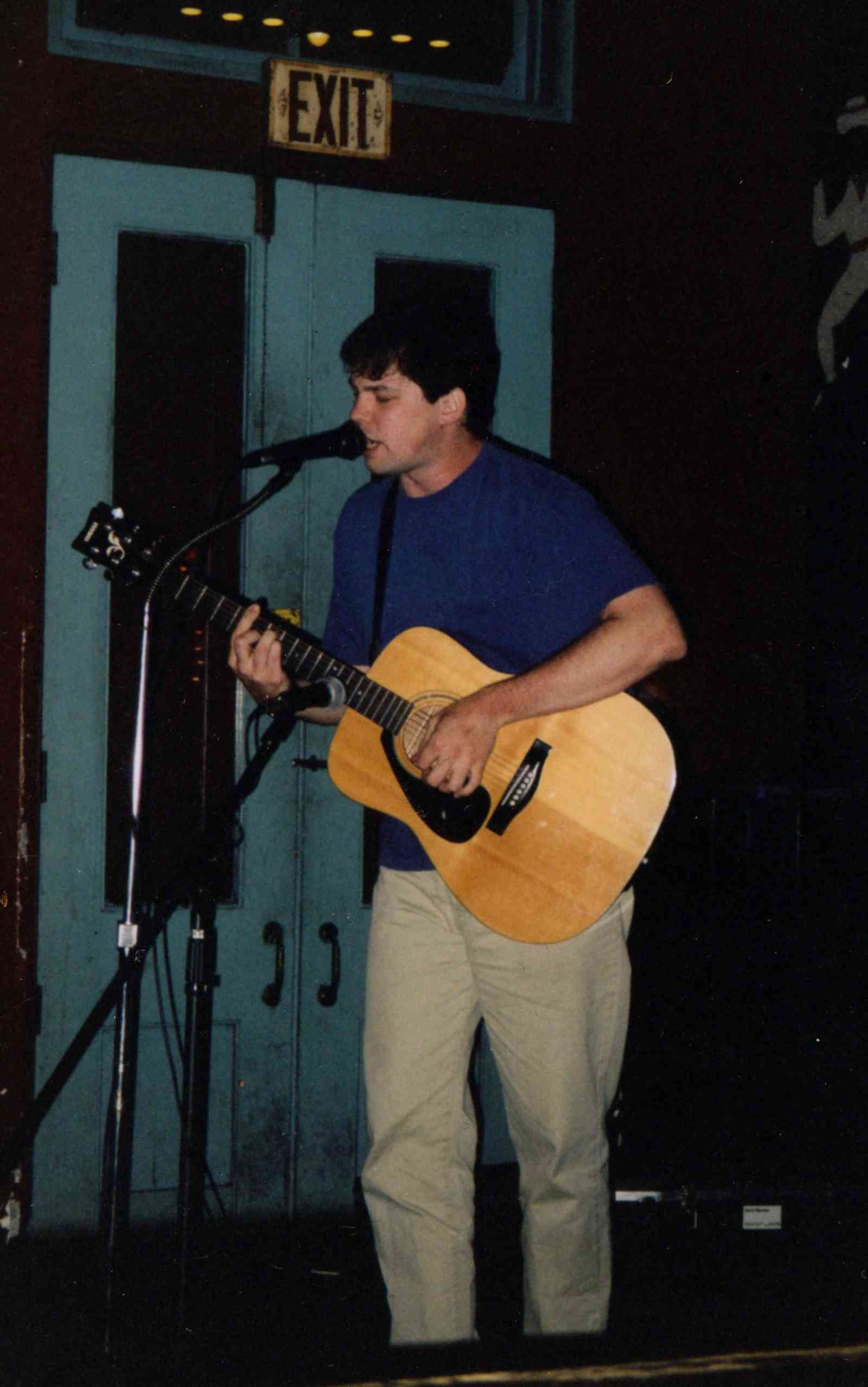 This was my first visit to new Orleans. We were housesitting for a couple who had gone on a honeymoon. I had only once played solo acoustic before (unless you count an awful, humiliating attempt to busk in the NYC subway). It was fun. the host seemed to like it and asked me to do one more song. I didn't have one, so I played the ABC song as a jam in E.

Next: April 24 1999: The Innuendos first date recording with Mitro