All the pictures I have of my cat Jack 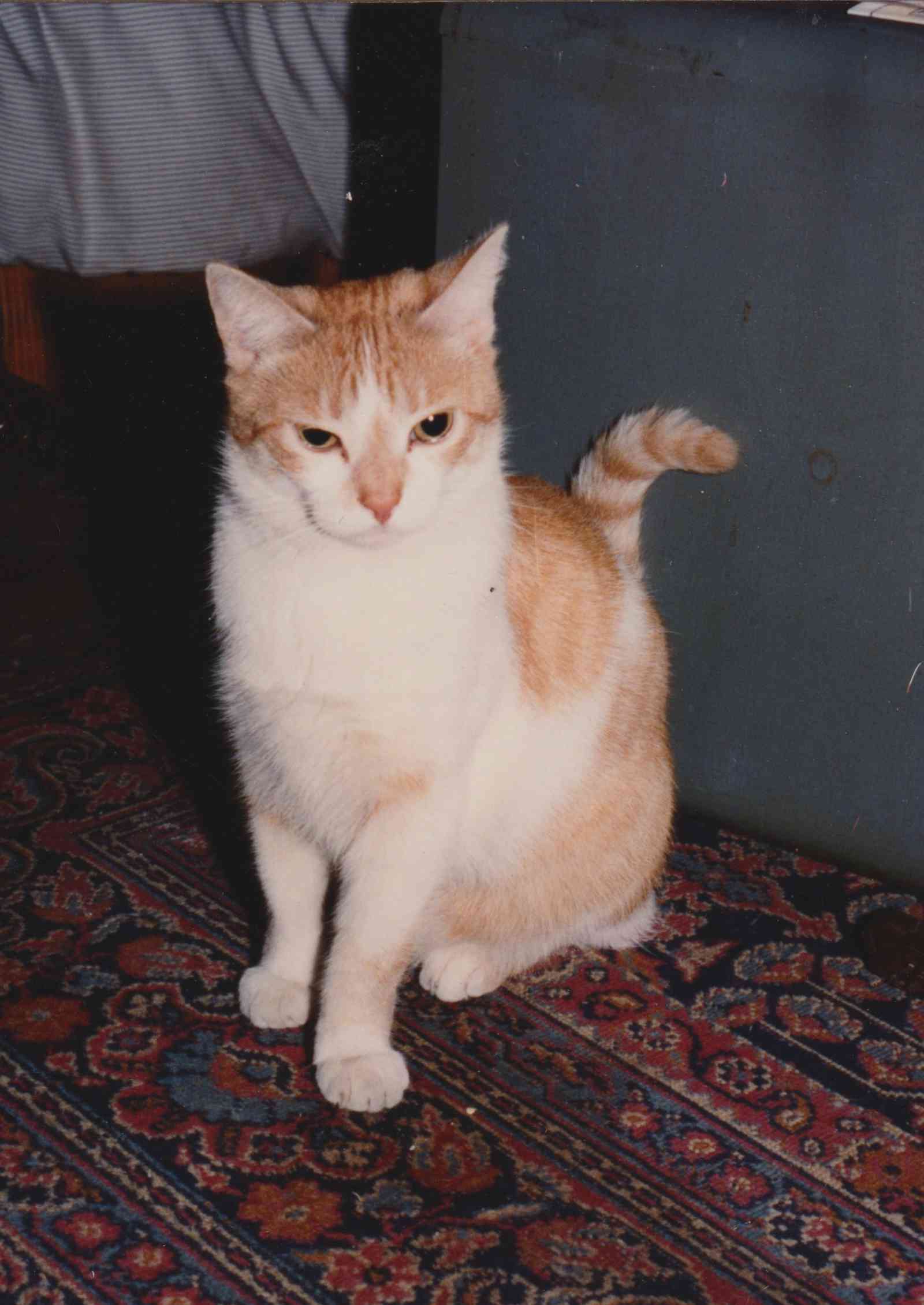 I got this very good cat from a dumpster.

I heard him in there looking for food late one night when I went to take out the trash. He was pretty much gray. We didn't have a cat in the apartment so I took him in. I put him in the tub and he came out this nice sandy color.

I gave him some people food. We didn't have a litter box so in the middle of the night he ruined a semi-circular rug we had in the kitchen, and he pushed the whole thing in a corner to hide it. He was 100% a good boy.

He loved to run down the hall to fetch his Mardi Gras beads and pile them in front of the TV. He would sit by his bead pile and gripe if you disturbed it. Maybe he was a native New Orleanian.

I moved in with new housemates in a different neighborhood. They had several cats and I think Jack just felt edged out. He left one day while I was at work. I was a blubbering mess. I looked for him everywhere. 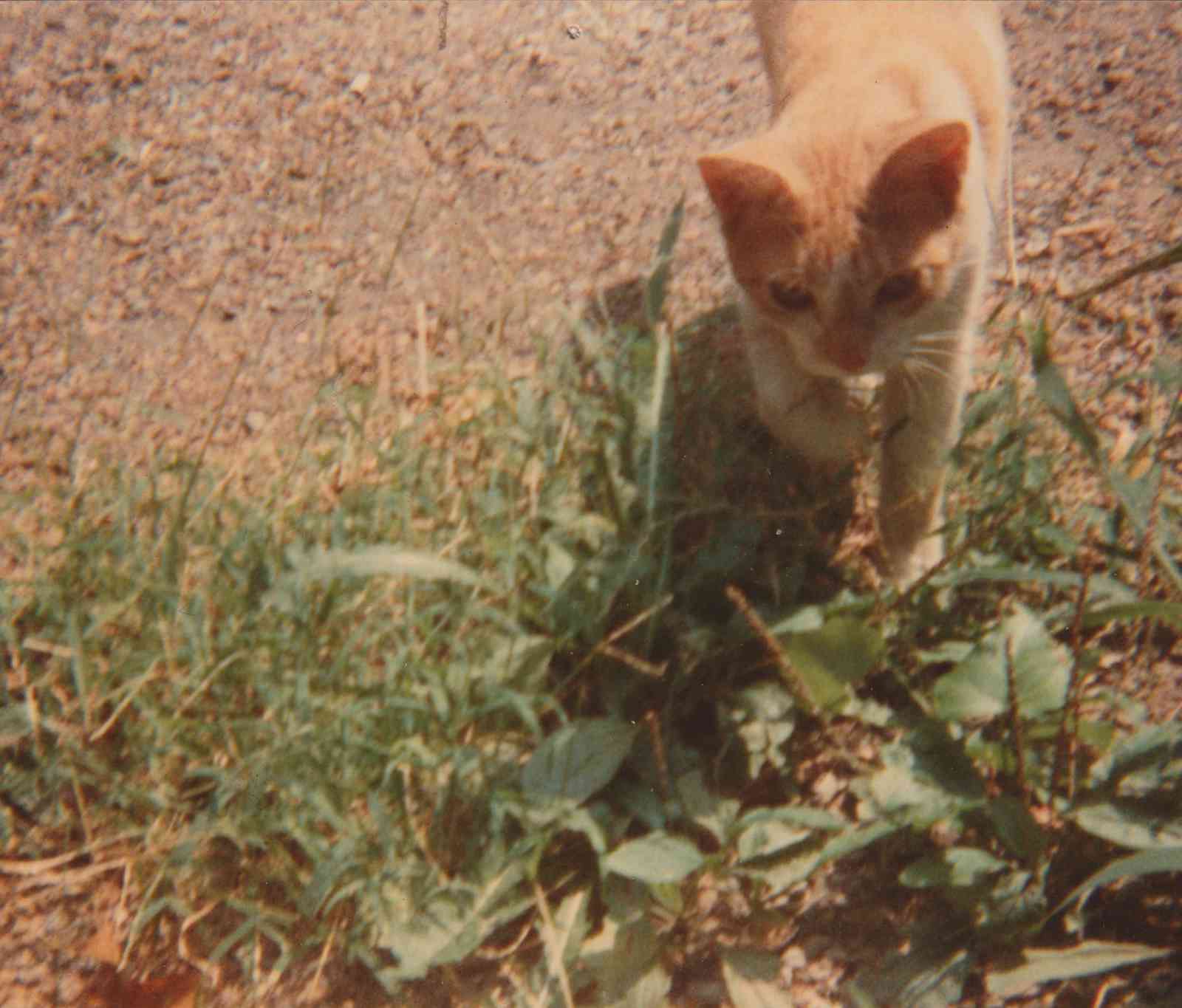