I saw Betty Wright at Jazz Fest and got blown away

Most or much journalism about Betty Wright says her biggest or best-known work was "Clean-Up Woman". Yeah, you think that. It's a great song, it was her first nationwide hit. She was about thirteen when she cut it, if you can believe it. But at this show, that's the song she started with. Just got it out of the way.

The essence of the set was Betty Wright singing songs, and Betty Wright introducing songs. The poor bass player had to do a lot of vamping because the introductions were about half the set. I don't know what song she was introducing, but she told a story about her husband where he was watching Tina Turner on TV and he made a comment on her attractiveness.

Betty said: "You like Tina Turner? Fine. You already got Betty Wright, maybe you're so good you can get Tina Turner too!"

She also talked about her pastor a lot. Apparently he was pivotal in the management of Betty Wright's career. Once again, the bass player vamped while she explained a long conversation with her pastor about the lyrical content of a song she was writing. she explained that she felt the song was perhaps too scandalous for live performance. But no, the pastor said, "Betty, you have to do this song! So many people need to hear it!" The song was called "You're A Ho, And You Don't Know".

They finally got around to "Tonight Is The Night" ("...that you make me a woman", the other Betty Wright song a lot of people know). Apparently somebody sampled this without paying her, leading to her going to town on them with lawyers and winning, and setting a precedent on how artists are compensated for samples, much of which she explained while the bass player vamped and the back-up singers went "oooh". It would have been long if I hadn't enjoyed it so much.

So, it was a Sunday, and Betty Wright said this was the Lord's day, and she explained we could all believe as we chose, but she wanted to do something for Jesus. I figured we'd get a gospel song. But no. They wheeled out a percussion kit, and she played a drum solo. The Bible tells us to "make a joyful noise unto the Lord", and she did.

There's a nice picture of Betty Wright taken during the drum solo, but it's rights-restricted so I'll just link to it here.

You're wondering, if she started with "Clean-Up Woman", what did she end with? Well, if you are asking that, it's probably because you, like me, are not one of the many, many black women in attendance. The show-ender was "No Pain, No Gain", and they were waiting for it. They put their hands up in the air.

I'm just overjoyed I got to see her play, even once.

Bonus Track: A live version of "Clean-Up Woman", it's worth your time. Stick around for the part about "brooms" (starts at 2:45). 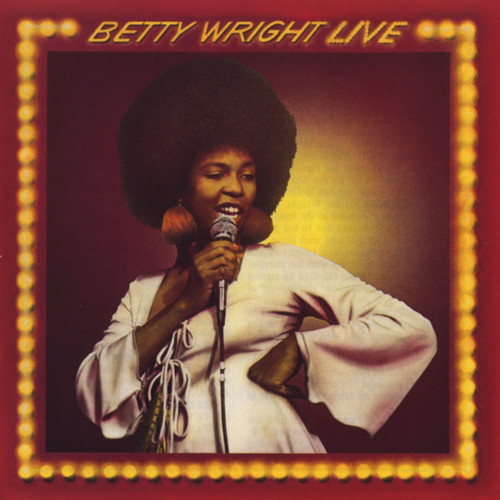