A mystery is solved

A few weeks ago I was working from home and was interrupted and bothered because my neighbor (from the house behind me) was out in the road yelling "Cuddles! Cuddles! Mr. Cuddles!" for quite a while. She has a lot of dogs and I figured one got out.

That's right, you guessed it: BUDDY IS MR. CUDDLES. I thought he was a lost cat that someone had dumped over here to get rid of him. But no, he belonged to somebody and he was no more than 10 yards from his actual home. He just liked it over here better. Who would want to live in a little house with six dogs? (Don't answer.)

I said, perhaps too eagerly, "Do you want him back?" Buddy himself made no move to return home. She said she didn't think he'd come back now, what with the six dogs. I agreed that it was fine for him to stay here and live with me. He's been here since October according to my official historian, Gina.

The neighbor said she had taken him as a favor to his original owner and that he is a very sweet cat. "He's sweet but he bites," I said. "Did he not bite you?" She said no, he bites anybody, and the original owner had given him to her after getting a bite from "Cuddles" that turned into sepsis. What a future I'm looking forward to!

When he's not biting, he is a very sweet cat. 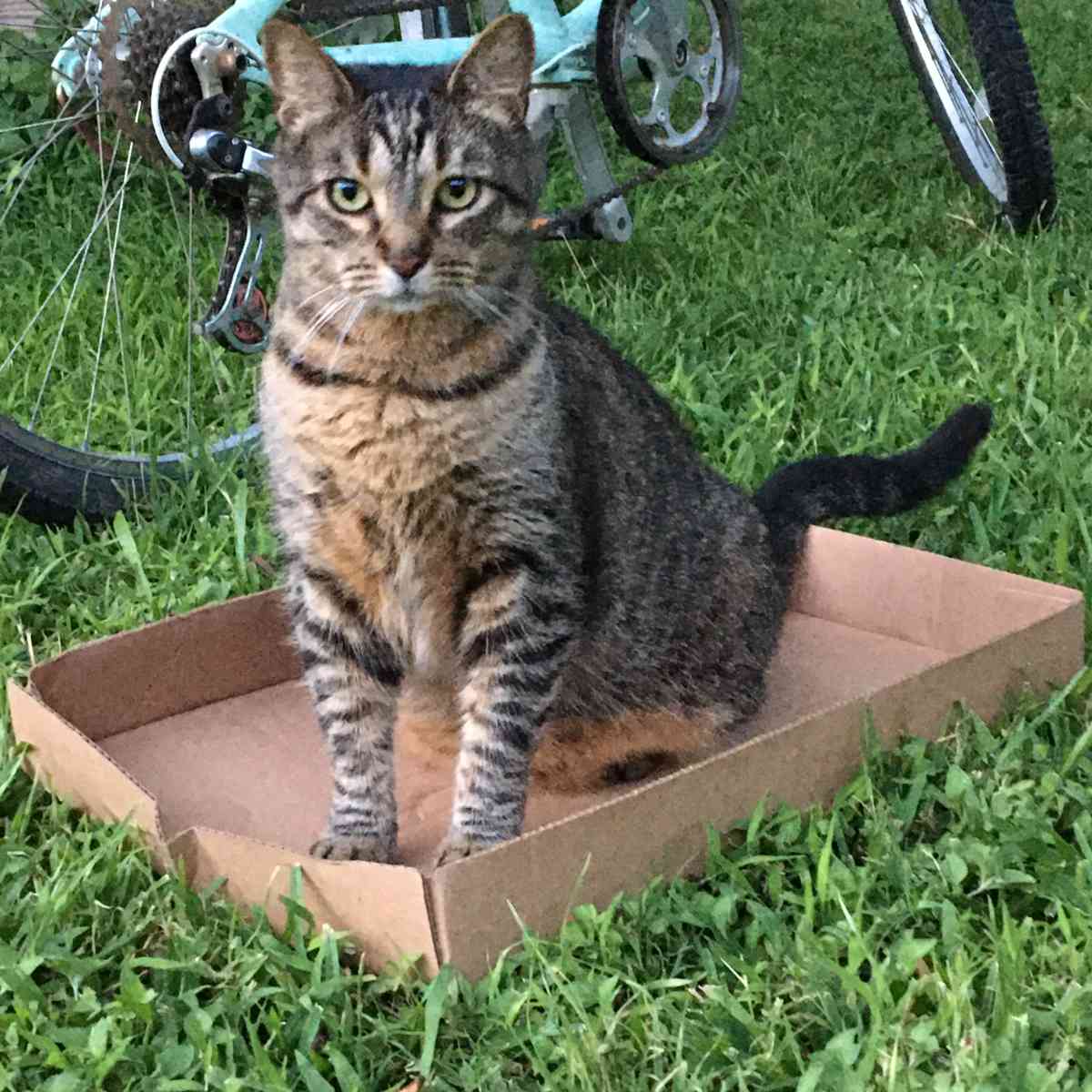