I saw On The Town 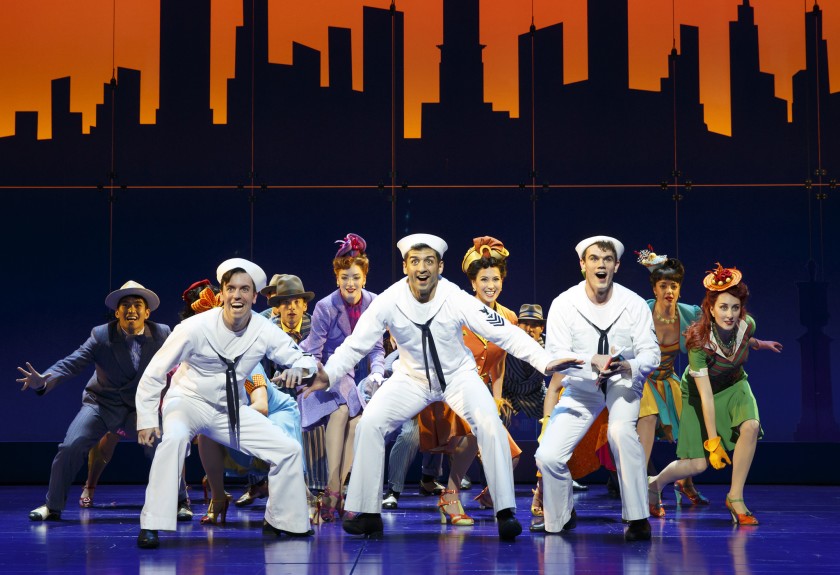 Clyde Alves, front left, Tony Yazbeck, and Jay Armstrong Johnson appear during a performance of “On the Town,” at the Lyric Theatre in New York. (Joan Marcus / Associated Press)

We saw a matinee of On The Town, the Bernstein/Comden/Green musical that is also a good movie. Loved it. The lead actress' name was Ivy, as was my date's.

The play was great, but we also went to a place called Mars 2112. It was a restaurant but more importantly it was a virtual space expereience. You entered by going in to a small room where you were seated in front of a screen. then, through the magic of moving the room around with hydraulics and a pretty cool CGI film, you were made to feel as if you were traveling through hyperspace to Mars. Super fun. When you exited the spaceship on the left, actually about ten feet from where you started.

There was a restaurant on Mars but it was pretty shabby and the waitress did not laugh when I ordered a "Marstini". Do you think she had heard that one?