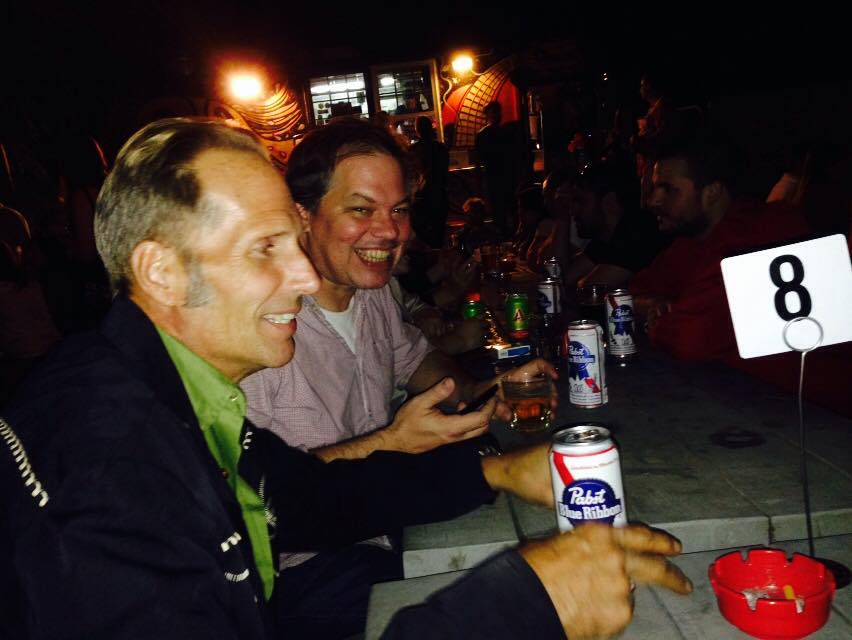 I had just moved to Austin recently. This was a nifty little bar called The Liberty that I never got back to again. Got to hang out with Johnny Vignault, A guy I have played exactly one show with and that number is way too low. I tried this guy in the picture out as a drummer (he sure had the clothes for it, his drums were beautiful too). Nice guy, but we weren't on the same piece of sheet music.

I enjoyed this day hanging out in a bar though.

Next: November 22 2014: I did a man on the street interview for The New York Times about Bill Cosby