ten or twelve albums that really influenced me 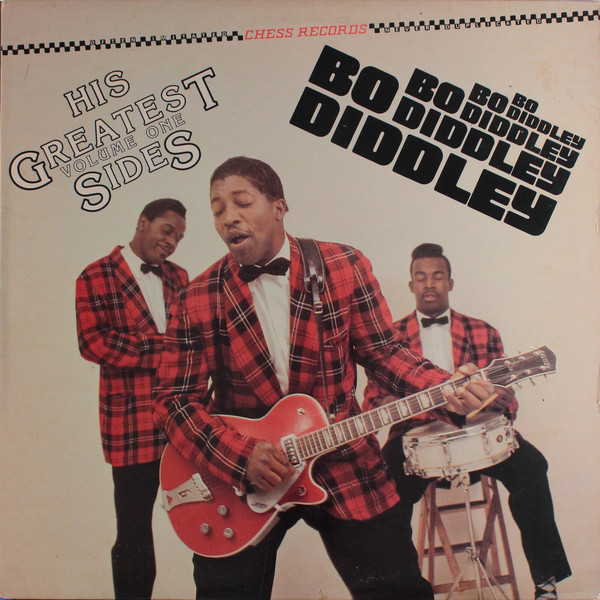 I carried this LP to a Bo Diddley daytime concert at Lake Winnepesaukah, an amusement park in Chattanooga, Tennessee.
Bo played two amazing shows. In between, he signed autographs in a trailer. I didn't know you needed to bring your own Sharpie. He used somebody's busted pen, so the autograph is kinda spotty. His hands were huge. He looked at the cover of this Chess reissue like he knew absolutely nothing about it, pointed at the cover photo of him with drummer Frank Kirkland and maraca-man Jerome Green, and said: "Them two guys is dead." 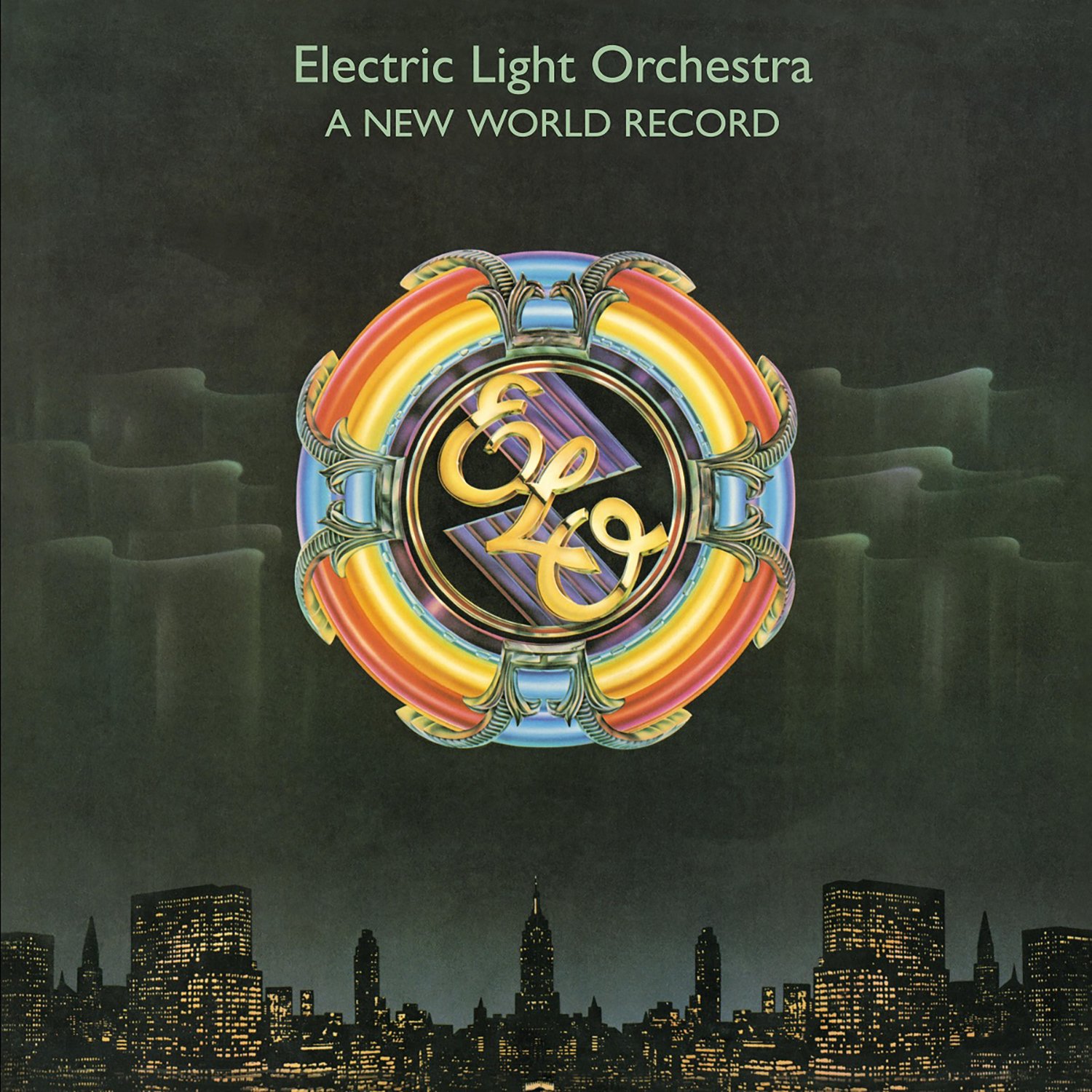 When I was still living with my parents, we had a cool setup involving a Realistic speaker switcher where we could stack a bunch of LPs on a record changer and listen on our screened side porch and not bother people in the house. This was my favorite one. We also listened to the Beatles "blue" greatest hits and Styx "Paradise Theatre" (with the laser-etched vinyl!) a lot. Other things we enjoyed included Jeff Wayne's War Of the Worlds and Jean-Luc Ponty. 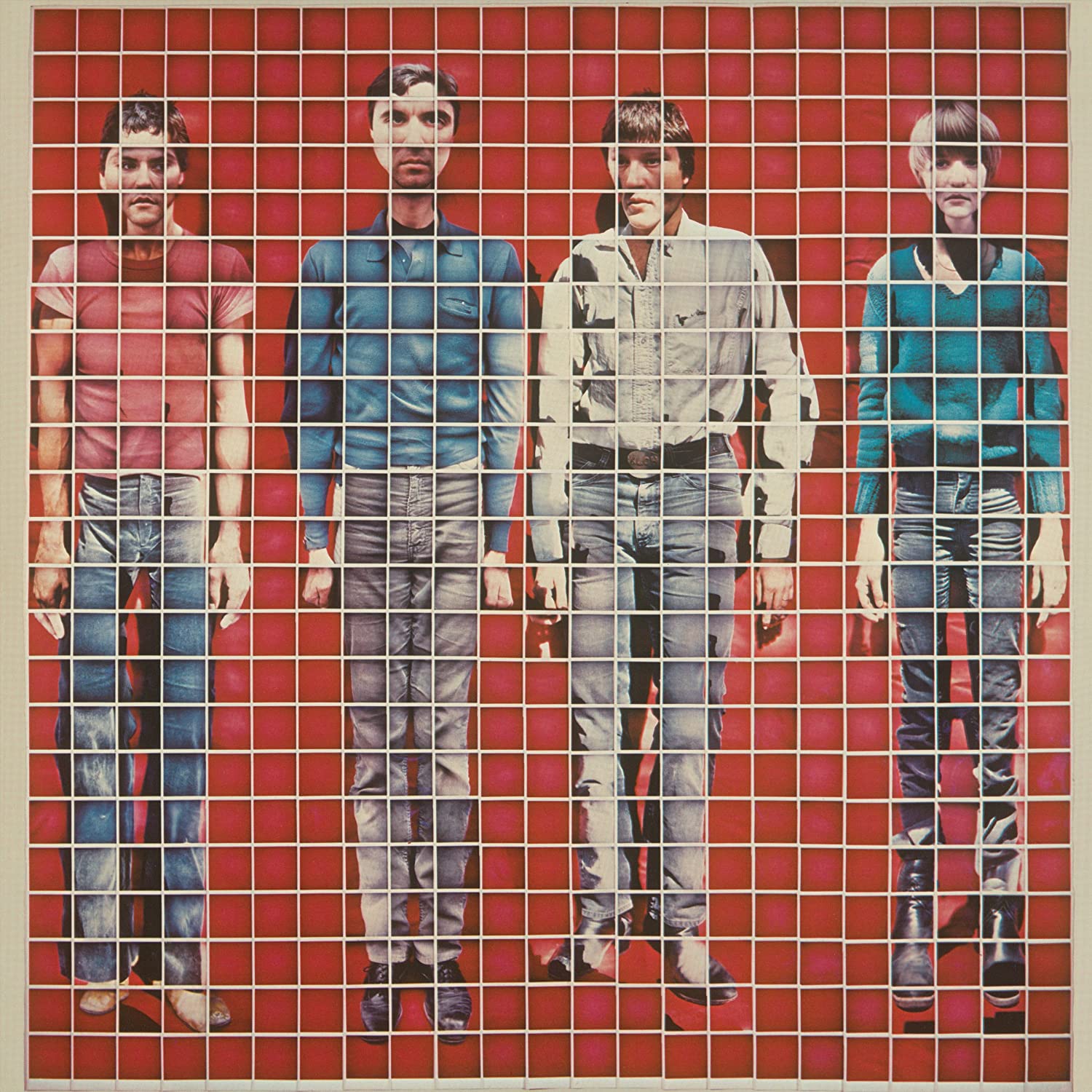 We listened to this one a lot too. It was borrowed from a friend's big brother. When our mom saw them on Saturday Night Live she became angry; she hated their method of self-presentation. David Byrne is a popular elder statesman now. I wonder if she remembers that. This is one of the best album covers. 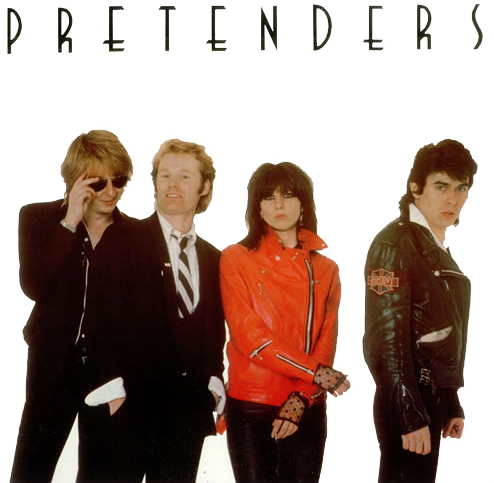 Just an electric album, every song is good, even the fillers. It's a long record and the grooves are tight. The sleeve says "PLAY LOUD" (for that reason) and you should. I don't currently have it on vinyl but I'd gladly buy it again! I'm not "influenced" by it in that I can't play or sing as good as this crew but it's something to look up to. This is just the kind of record they should make, and not the other kinds. 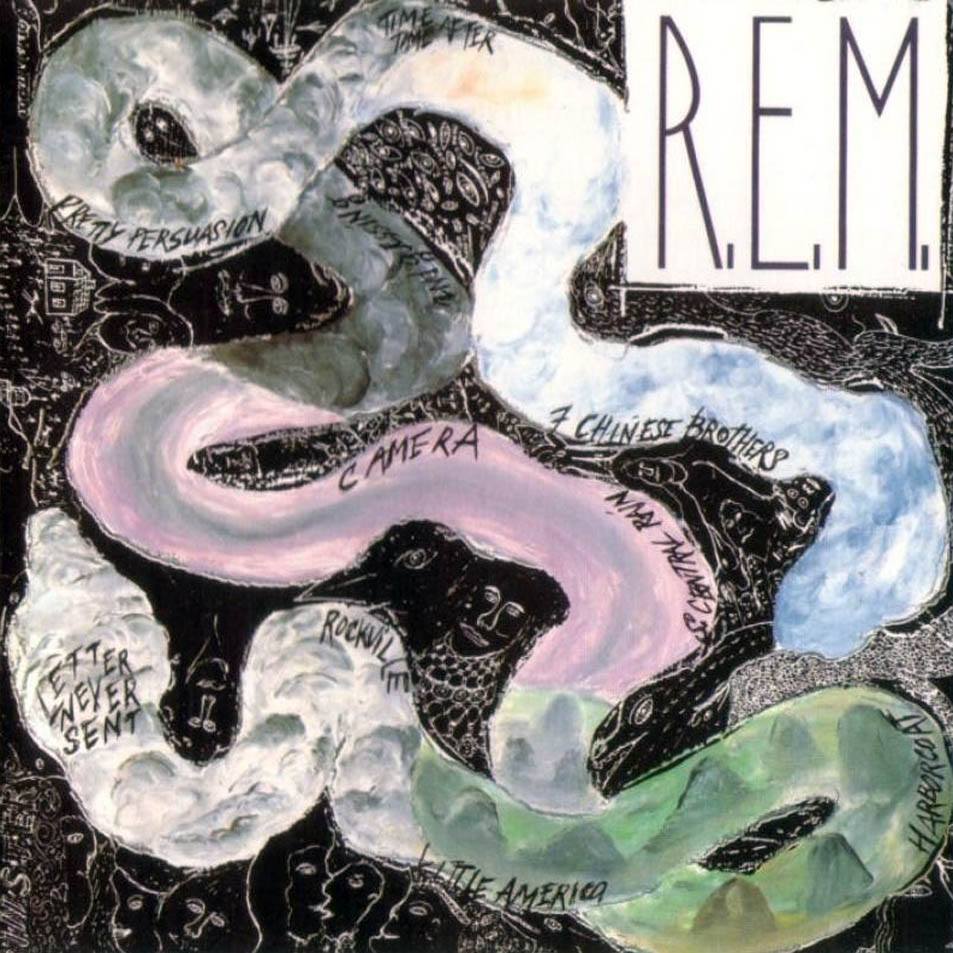 Hard to pick this one over Murmur, but yeah, this is the one. Most things from the 80s were ruined by awful drum sounds but the production on this is about perfect. I might have listened to this more than any other record. You're used to them but they sounded so new when they arrived. 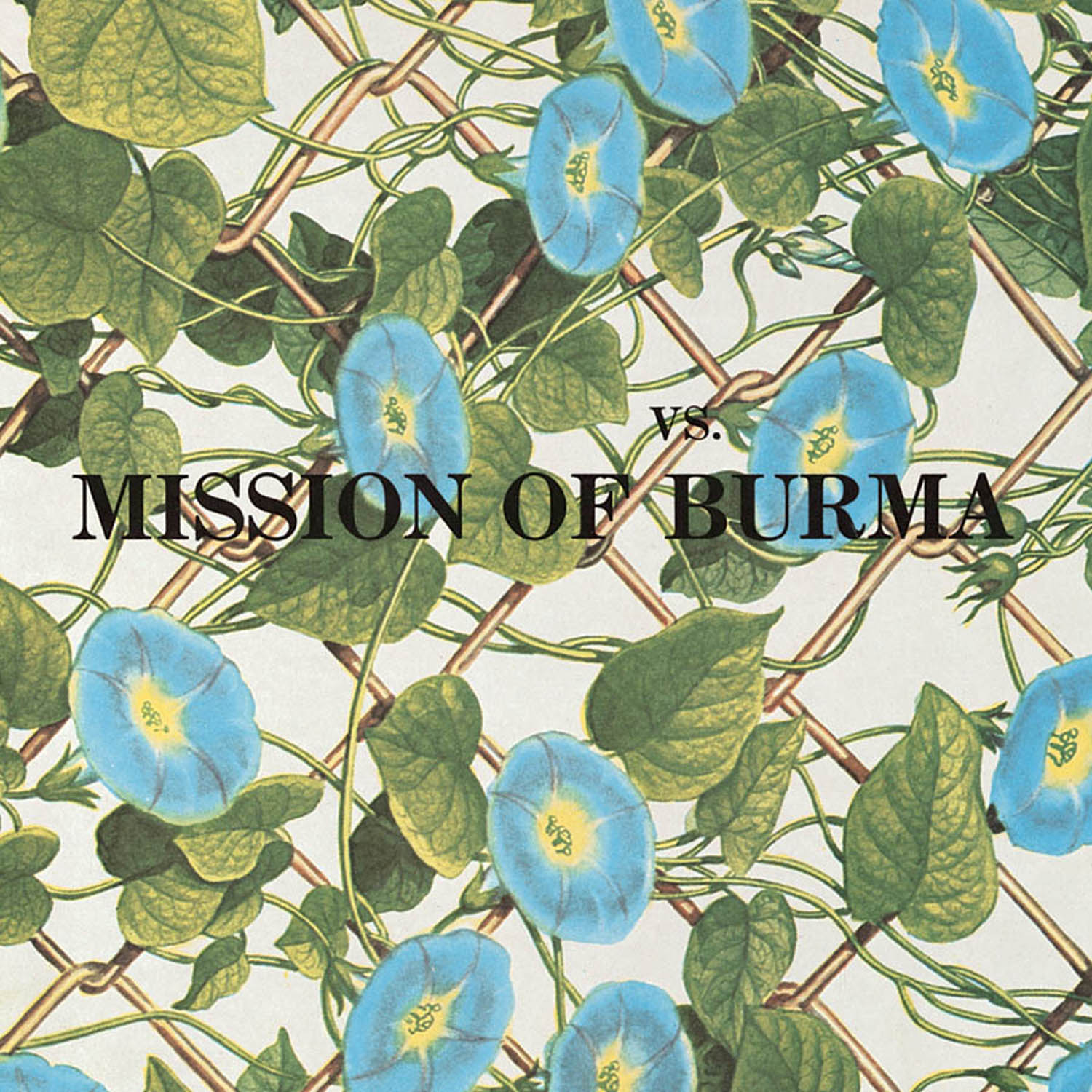 Mission Of Burma, Vs.

Another perfect record where every song fits right in. The one that tells you beauty and racket can co-exist. "That's How I Escaped My Certain Fate" is the best break-up song. i can't believe it's not covered more and that The Minutemen never did it. I do still have my vinyl copy of this one. 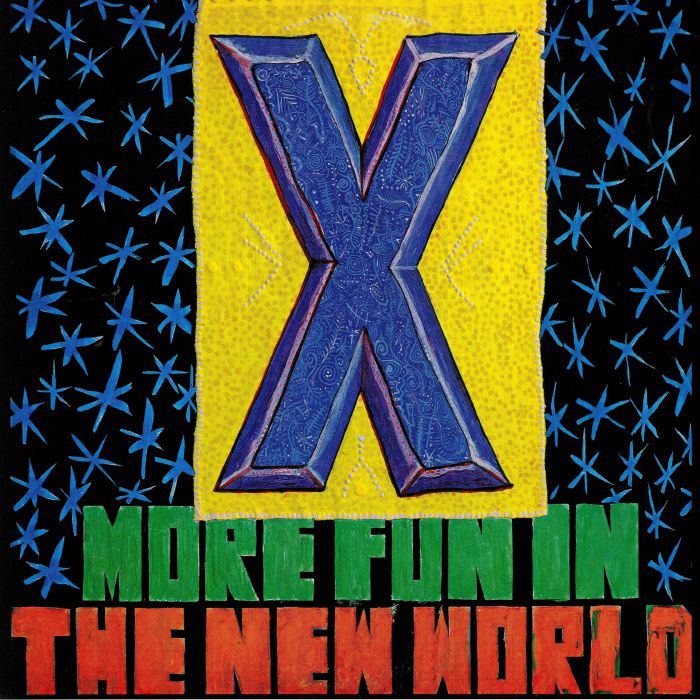 I find X albums (the first 4) improve in quality as they go. Los Angeles is good, but it has "Nausea", the most memorable and least good X song, and the crummy cover of "Soul Kitchen", with Ray Manzarek showing off to no great effect. This one (and Under The Big Black Sun) defined the band. What I liked was just the guitarriness with the wordy, worked-out lyrics. I like very direct lyrics. 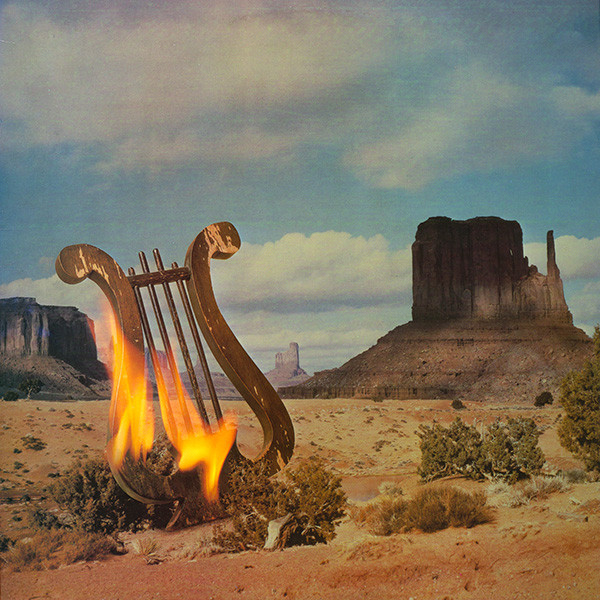 A unique sounding record. It fades in; do any other records do that? The leader's previous band, DMZ, was excellent, but their (major label) album isn't good because the drums sound like someone playing on a cereal box. (The version of DMZ currently on Spotify sounds like it has sort of rectified some of the drum sound issues, for the record. But just sort of.) I played the grooves off of On Fyre and it still sounds good (I wish I had my old vinyl, though). I've seen the Lyres live a ton of times and they are almost always excellent. Once I saw them come on at Brownie's over an hour late thanks to a snowstorm. The guitarist was wearing a Charlotte Hornets sweatshirt and looked for all the world like a man who had forgotten about the show and been picked up in the middle of a fight with his girlfriend or wife. Still, great show. 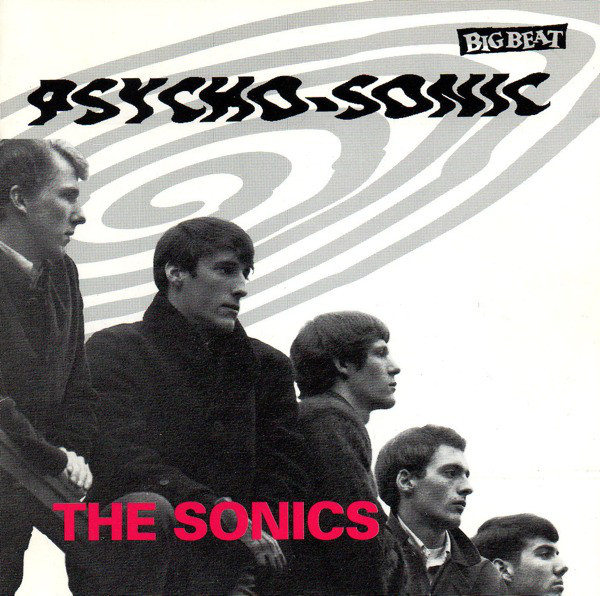 In the genre called "garage rock", there's The Sonics, and then there's everybody else. I bought this CD on St. Mark's Place in New York. It was over $20. I wouldn't pay a penny for a CD now but this was a great one and well worth the dough. 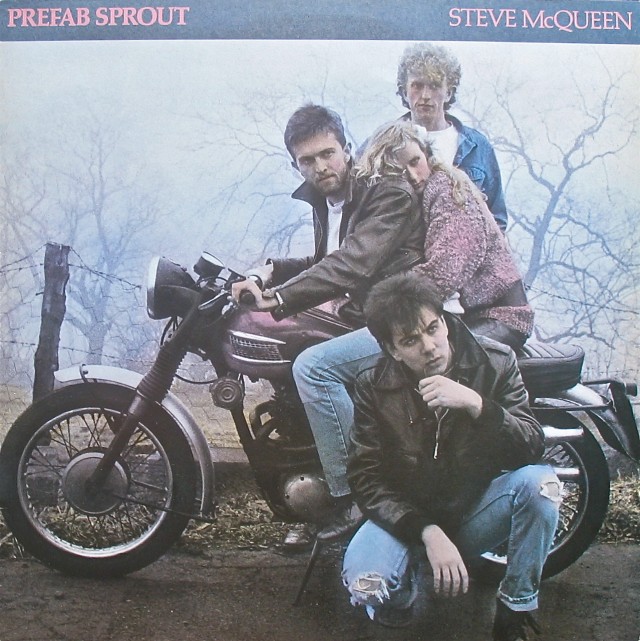 Odd one out but I love this record. (Pictured here in its English livery, bearing the title Steve McQueen.) Another one where I wouldn't change a thing. The hit, "When Love Breaks Down" is just as good as all the other songs. We had their first album, Swoon, on a recommendation from a friend who just loved British things. We were baffled. I love it now though. (It really is terrific. I feel like the songwriter, Paddy McAloon, realized he wouldn't "succeed" if he kept on in that manner, but I'm glad we got at least that one uncompromising record.) But this hand-tinted one, the follow-up, their sophomore effort, is the one to have if you can only have one. 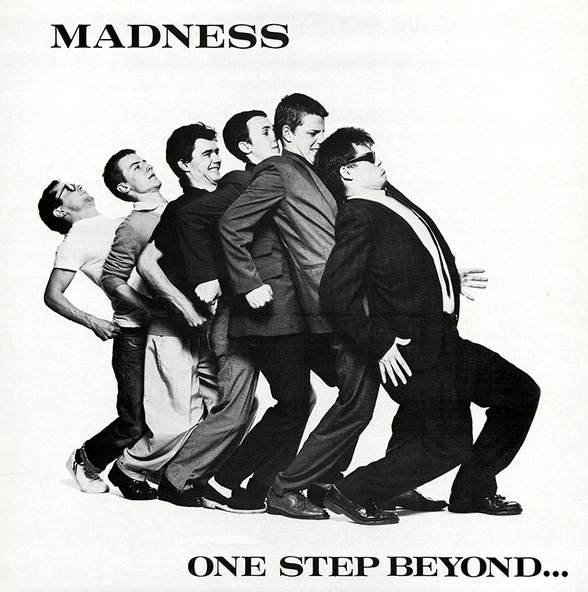 Madness, One Step Beyond

it sounds "fratty" to me now, but I don't think I traveled further to get a record. We loved the video on MTV but the album could not be found in Chattanooga. Our family went to Atlanta on a trip and I demanded to go to Record Bar, to buy this. The English Beat, I Just Can't Stop It

I like The Specials more (a lot more), but it came into my life later. This record kicks though, absolutely full of hits. Introduced me to Prince Buster, though I didn't know it at the time.

The Velvet Underground and Nico belongs on this list. I can't believe I forgot it until I was finished. It's like how it's hard to see the giant name RUSSIA on a world map. It's just so huge. But I haven't listened to it in years. My copy had a big spot on the front where I spilled Cutter insect repellent on it.

Can I say it sounds pretentious now? I don't care about the subject matter anymore. But the guitar tone is great and I don't think my attitude about that will change.

You know what else belongs on here? The Jam. The Cars Candy-O. Jim Croce's Photographs and Memories. Wings. God forgive me, The Boomtown Rats.

There's too much white music on this list to suit me. Maybe that's because that's what I heard as "an influence". I wasn't going to become John Lee Hooker or Dee Dee Warwick, though it's not for lack of trying. Everything I play or do or think is influenced by Chuck Berry, but I didn't have any of his records until later, unless you count "Almost Grown" off the American Graffiti soundtrack (and come to think of it, I do). I definitely always wanted to be in a four-piece rock band, so that's cool, there are a lot of those on here. (The Beatles should be, and so should five-piece band The Rolling Stones.) If I could be in the Isley Brothers I would.

I like so much more than this. These are just a few records that made me think I could also make a record.

Previous: 30 Apr 2020: standing on the levee near the sugar plant