Influences: we got an 8-track tape of folk songs for Christmas

We had a new Sony stereo in the house with a record player and an 8-track player and not a lot to play on it.

In our minds, 8-track was the superior format. To us the chunky 8-track seemed durable where the fussy tonearm and the eminently damageable vinyl often meant a poor listening experience.

One year, I think it was for Christmas, we got a few 8-tracks that were specifically for us kids. Actually the Beatles "Red Album" was kind of for everybody. But by contrast, the 8-tracks of Janis Ian and Jim Croce were more intended for the adult audience (though we loved the latter).

One of these 8-tracks was called Greatest Folksingers Of the 'Sixties, on Vanguard. I'm listening to it right now on vinyl, a pristine 2-LP copy I picked up for about five bucks. It is all or mostly live recordings and, wow, I'd like to know who recorded them because this is a great sounding record. 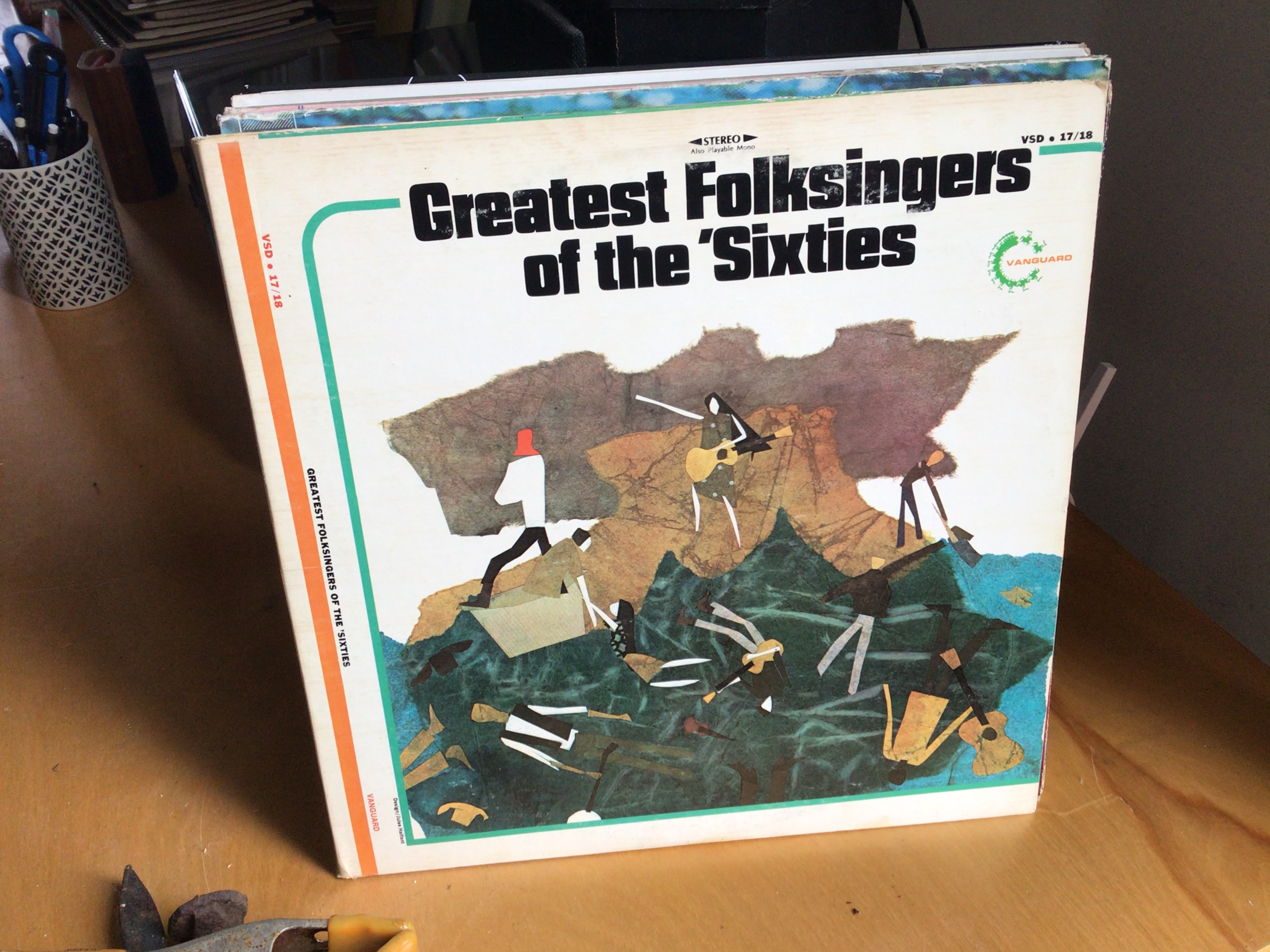 (Notice how the spine text wound up about one inch into the sleeve...oops.)

There was some pop-folk (Rooftop Singers' Walk Right In, gotta love it) and lots of real "folk" stuff, like Greenland Whale Fisheries, The Weavers, and a turgid version of Blowin In the Wind with a choir. Most of the folk was good (Phil Ochs, Tom Paxton) and some of it kind of rocked. (Odetta, Doc Watson, a spooky-for-once Pete Seeger tune, East Virginia Blues). But the thing that stuck with me most was the not-folk that got on here.

I'm sure this tape was bought for us because it was "folk" and would be "nice" and "appropriate for kids". What they probably didn't expect was that even the Newport Folk Festival was widening their definition of what "folk" was. Hence, I give you: The Chambers Brothers.

If that is what folk guitar sounds like, count me IN. To put a point on it: our parents got us a nice soft folksinger tape to put on, and we ended up getting influenced by it, yet none of us are folk musicians.

Maybe the best thing on here is this live version of the Staple Singers' Wish I Had Answered. (With Pops singing "you know I whoosh", as one does.) I still think this is the best recording of this song.