I helped make a commercial with Mr. Sulu

My parents had a friend who worked in advertising, making local commercials for car dealerships and that sort of thing. One day he called my mom and asked "Your sons are big Star Trek fans, right?" This was known to be true.

Well, he wondered, the city bus company was making a commercial starring Mr. Sulu from Star Trek, and would we like to come down to the studio and watch and maybe help out?

Or course we would. I almost feel like we got to be out of school to do this, though maybe it was summertime. I think I was eleven and Matt would have been nine. We went to WTVC-9, the local ABC affiliate's studio up on a hilltop (the same studio I would later go to as a cast member of a show called Nifty Nine...more on that later.)

It was nothing fancy, though it did have a wrestling ring and some bleachers, that took up a lot of room actually. The news set was smaller than it looked on TV.

And then of course, there was George Takei – Mr. Sulu. I was disappointed that he wasn't in his Federation clothes, though I'm sure the local bus company couldn't have swung that. Instead, if I recall correctly, and maybe I don't, he had on a checkered blazer in black and a gold about like that of the uniform. It was slightly reminiscent of a Century 21 realtor blazer, actually. Or maybe I thought that's what he should have on. He was very nice, and shook hands with me and Matt, and then we got down to business.

Mr. Takei just had to say some simple words about "We have a transporter on the starship Enterprise, but you have the next best thing in Chattanooga: the CARTA bus system", to go where no man has gone before, etc. It was probably corny, but who cares?

Then the director asked me to help. They were going to do a green screen effect to do something like the Enterprise's transporters, but they wanted Mr. Takei to be turning on a chair as the effect happened. And would I be so good as to crouch down and turn the chair for Mr Takei?

So that was my first advertising job, turning Mr. Sulu in a chair. It wasn't that easy, you had to concentrate and not turn too fast.

I remember him being really nice, and he autographed a couple of my Star Trek books. (My mom would only let me take a couple, I had more.) I don't have the Star Trek Technical Manual anymore but here are some pictures of my Star Trek Concordance, which my mom was kind enough not to throw out. 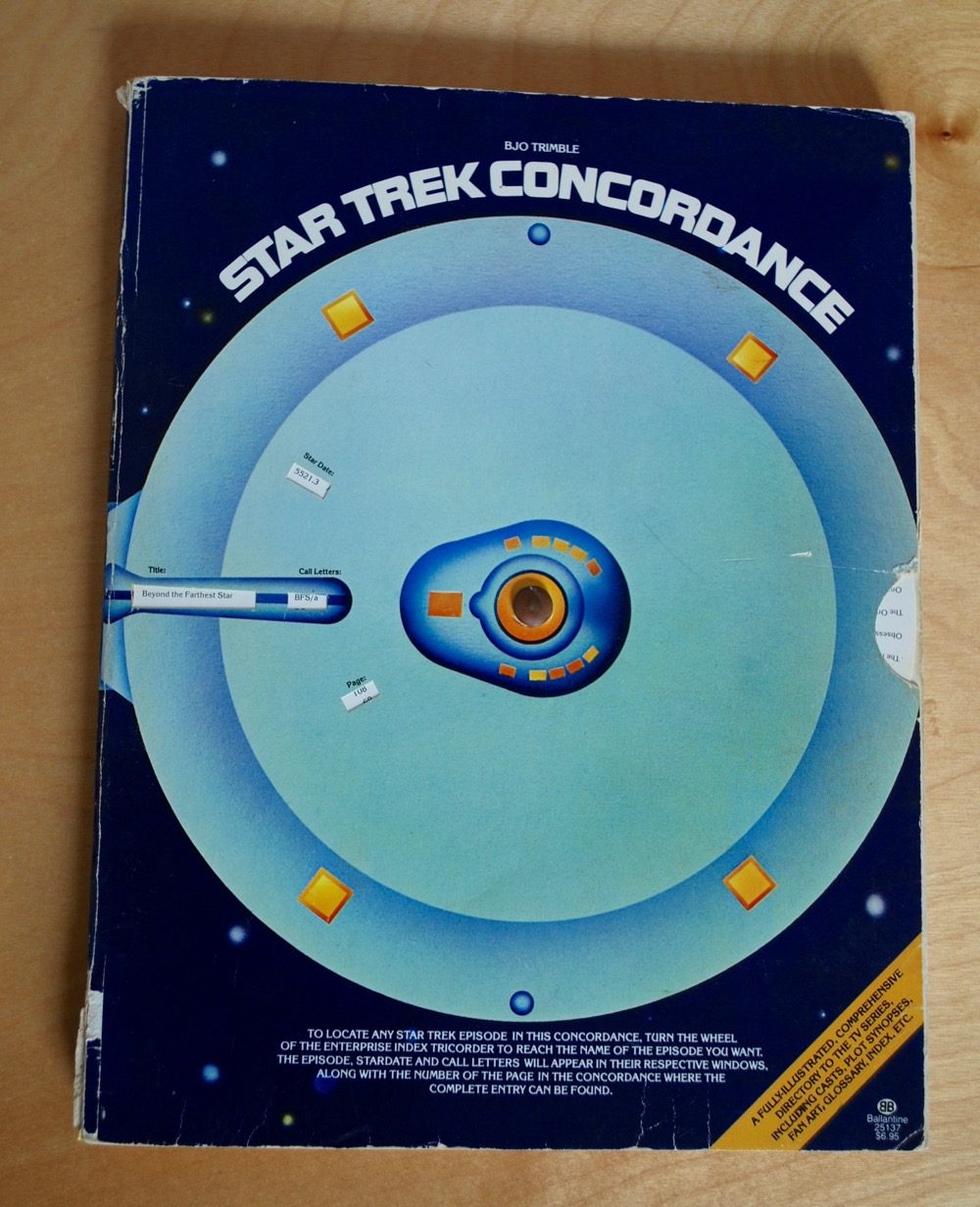 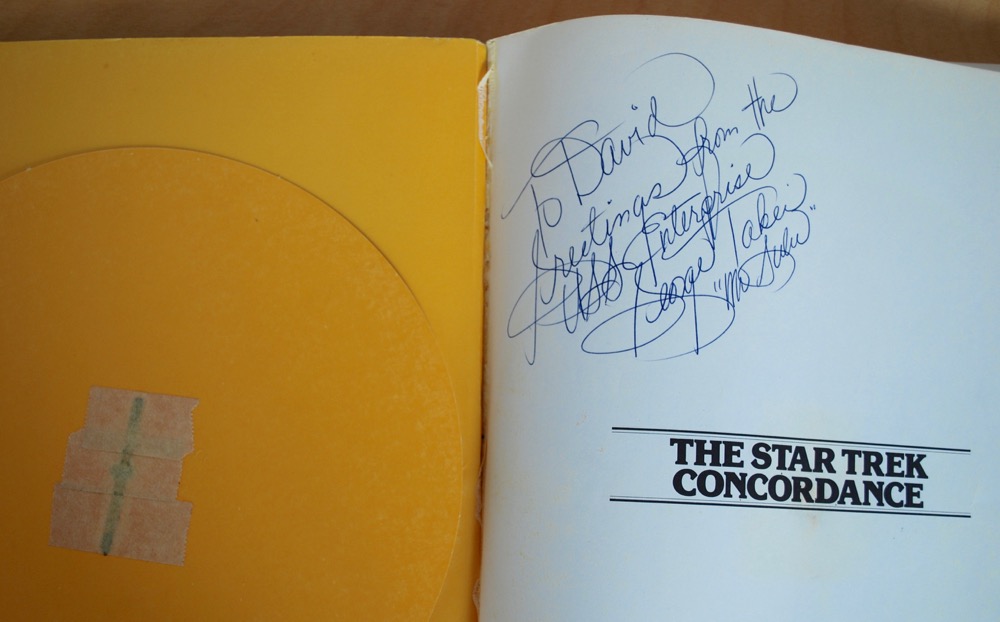