I got to be in the 'tit R&schwa;x parade 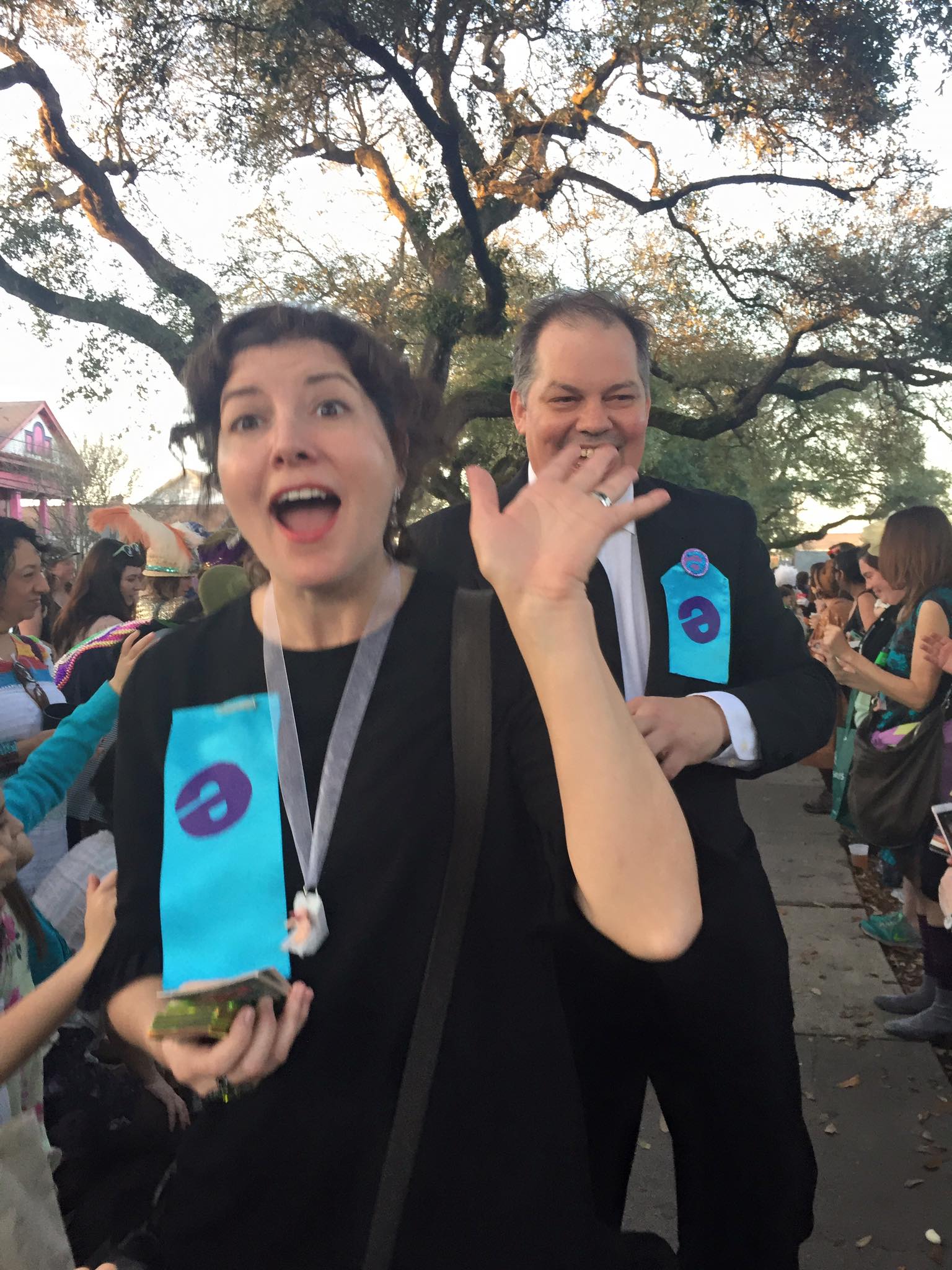 Eric and Robin asked me to be part of their 'tit R&schwa;x float. (If you don't know, 'tit R&schwa;x is a parade of miniature "shoebox" floats that are pulled through the route by hand.) Their float was on a shoebox that was a boot box, i.e., very big. The theme that year was "noise compaints", but our float was Roman-themed. I had been working on my part (the throws, or handouts) for a while before I realized that "Roman" wasn't part of the official theme.

Here's what I made: magnetic miniature Roman-themed rock flyers.