Got my keyboard fixed. 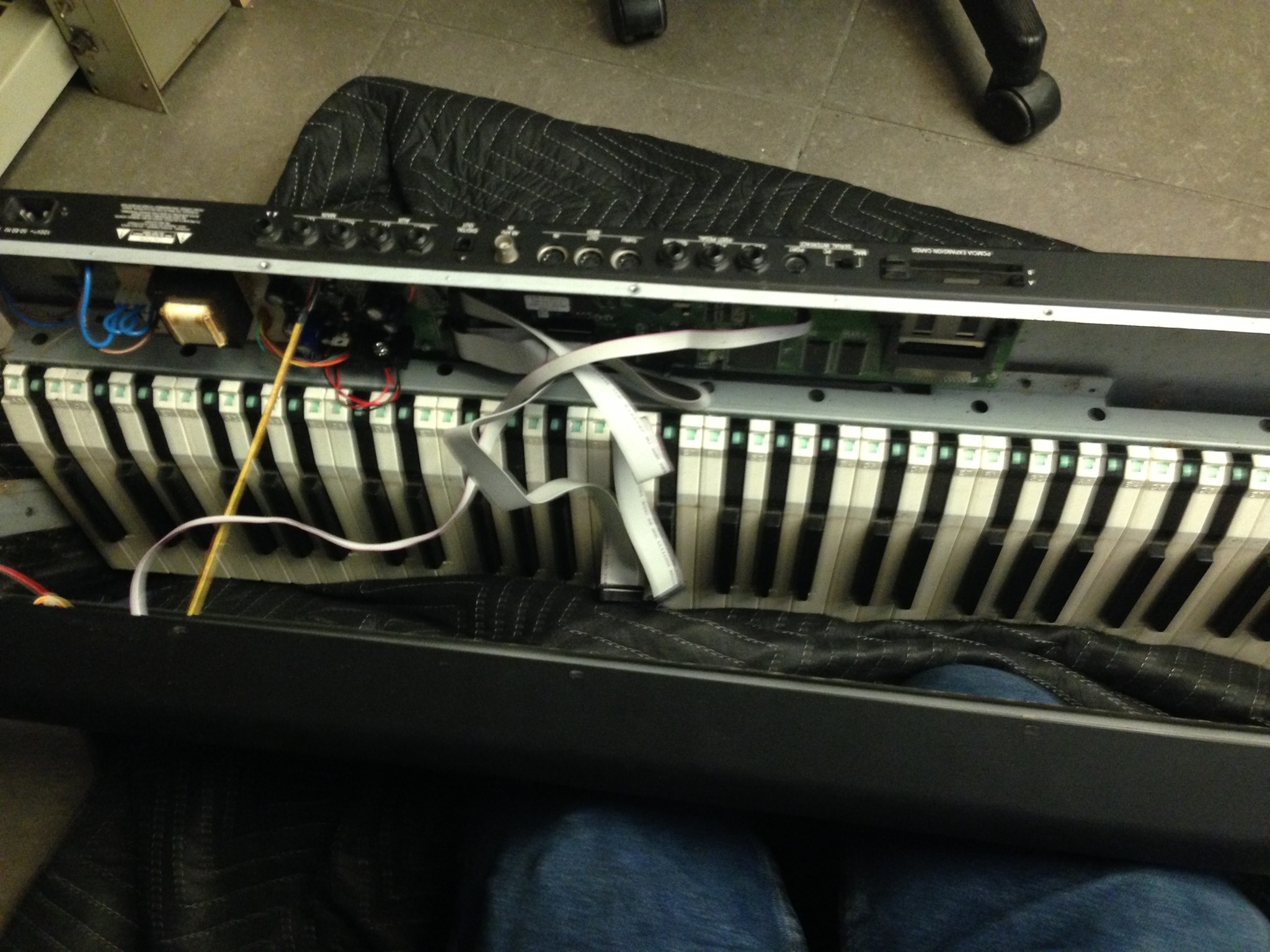 I've had this old Alesis 90's 88-key monster for a couple of years, but it haqd a key that didn't work. (C above middle C.) I thought it would cost hundreds to get it fixed, or I would try to do it, get it halfway done, and give up. But I asked about getting it fixed on facecbook, and local keyboard guy Casey MacAllister suggested I talk to Lewis d'Aubin (who is the alter ego of Dr. Milo Pinkerton of local act Consortium of Genius.).

I went to his office in Harahan expecting to just leave it and pick it up later, but Lewis said, "nah, stick around, maybe we can knock this out." He said there would be corrosion on the sensors where somebody put a drink on the keys. I said "How can you know that?" He said, "Because it's always that." I got to look around his office full of old boxed software and electronic stuff everywhere while he got down on the floor with a manual screwdriver and opened up the guts of my Alesis, cleaned up the predicted corrosion, and had it working in about an hour. 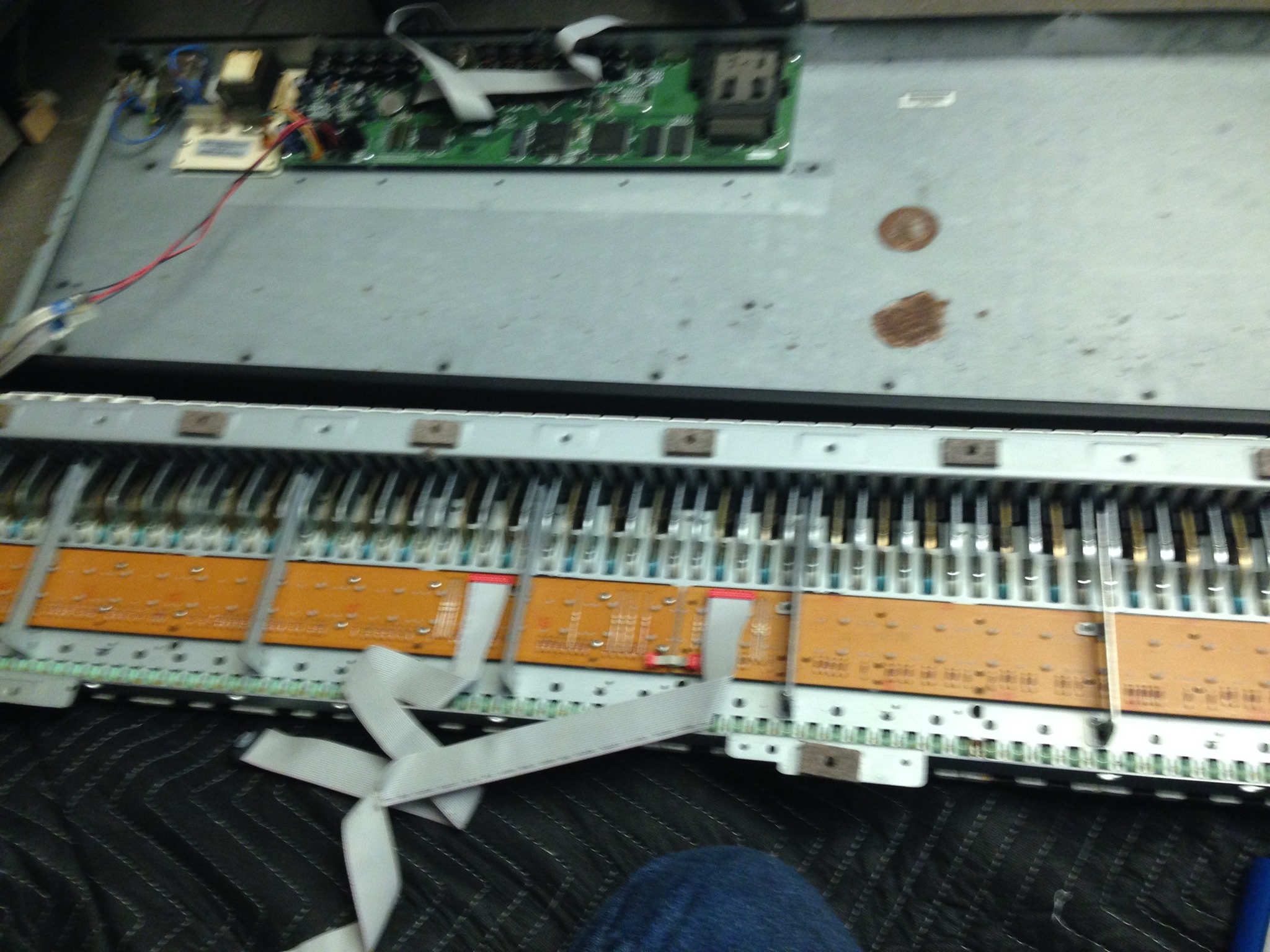 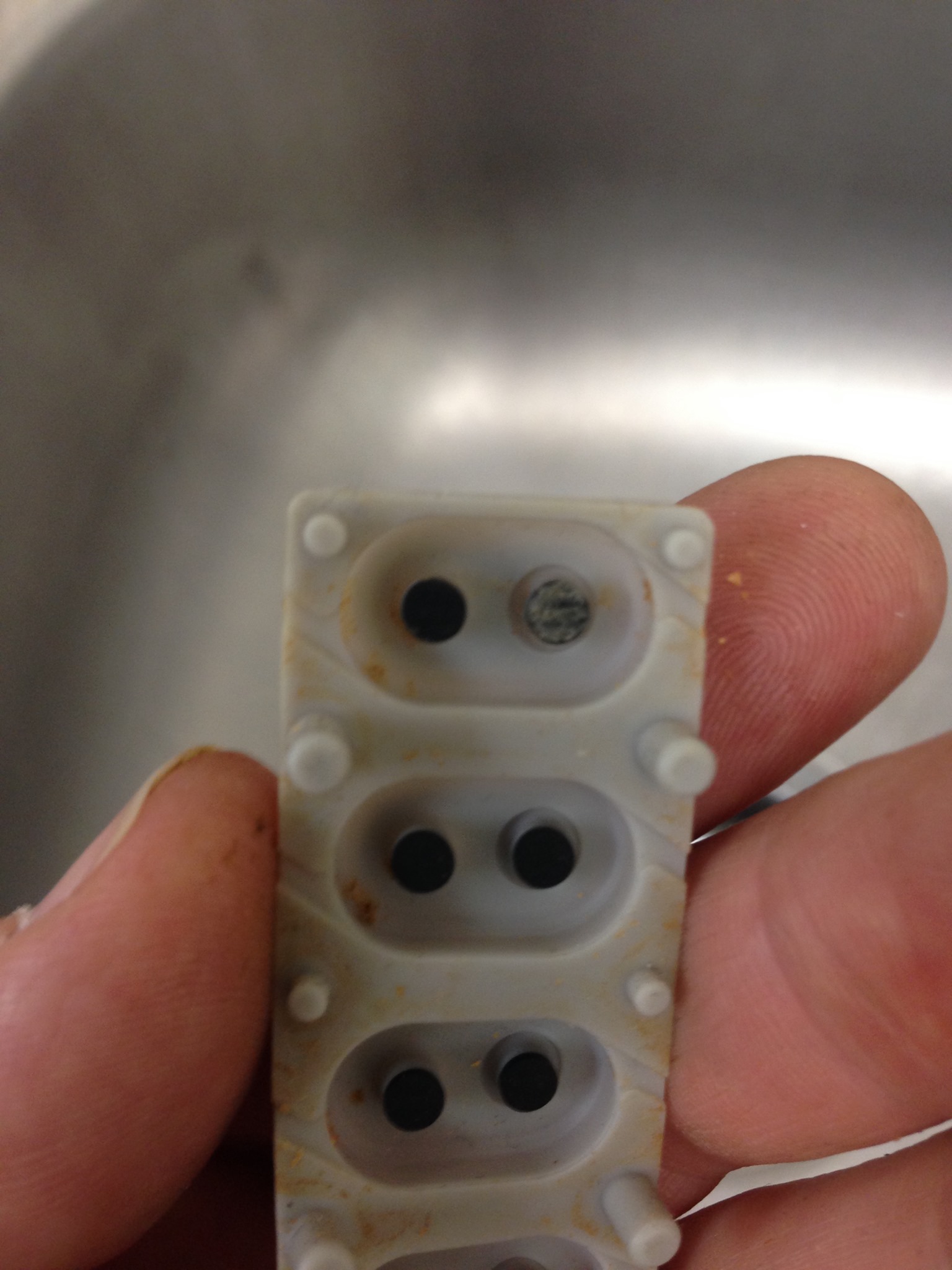