Buddy and I learn a hard lesson about discipline 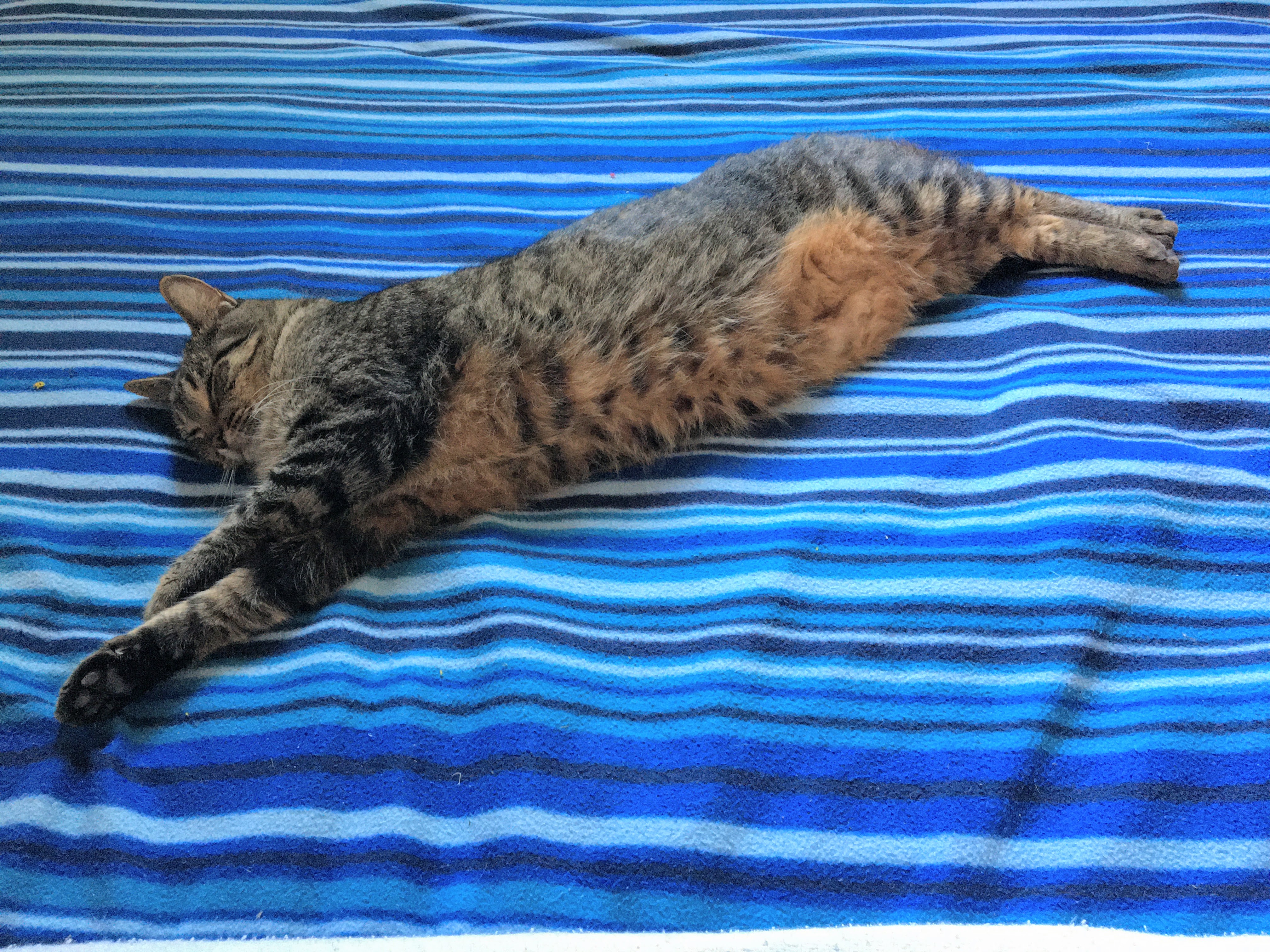 I love this guy but he's a handful. Not only did he sneak his way into my life, he's apparently starving every minute of the day and night, and he does one thing I really don't like: he bites. Sometimes in the night I wake up because he's gnawing on my achilles through the covers. Not every night, but it needs to stop.

Usually my discipline is swiftly-administered kicks off the bed. Gina suggested I need something that's more clearly a punishment. She said I should get a squirt bottle and and let him have it between the eyes whenever he bites. I thought this was a good idea and I got one. The problem is I never could grab it before I had already yelled and kicked Buddy off the bed.

Until last night. Bud was being bad and chewing my calf. But this time I kept my cool and grabbed the squirt bottle I had left on the night table. As much as I hated, hated to do it, he needed to learn a lesson. So I squirted him. Hard.

But instead of a punishing stream of icy water, my little squirt bottle puffed a soft cloud of cooling mist right in Buddy's face. I didn't get the right kind of squirter. What I got was a mister. I misted him. He looked like he was refreshed by it and maybe I should mist him again. The struggle contines.