Betty came to live with me.

My neighbor Judy Patterson called up to ask for some help with a black cat she found. She said it was climbing up the outside wall of our building trying to get to some tuna fish. the cat was missing fingers from its front left paw. she had a hopping gait.

I loved this cat at once. She would show you her hurt paw (completely healed, by the way) as a plea for food. I told Judy I'd keep her till we found her owner.

i made some fliers, hoping, without really hoping, to find her owner. I put them up around the neighborhood. A woman who lived on the street stopped me.

"What you doing putting posters on the phone poles, man?" She spoke with a Caribbean accent that I'm told I mangle. "You know you can't do that!"

"I'm just trying to find the home of this lost cat that I found."

"You mean that black cat that walk with a limp?"
"Yeah!"

And of course I felt like a sucker but what a good cat I got out of the deal. 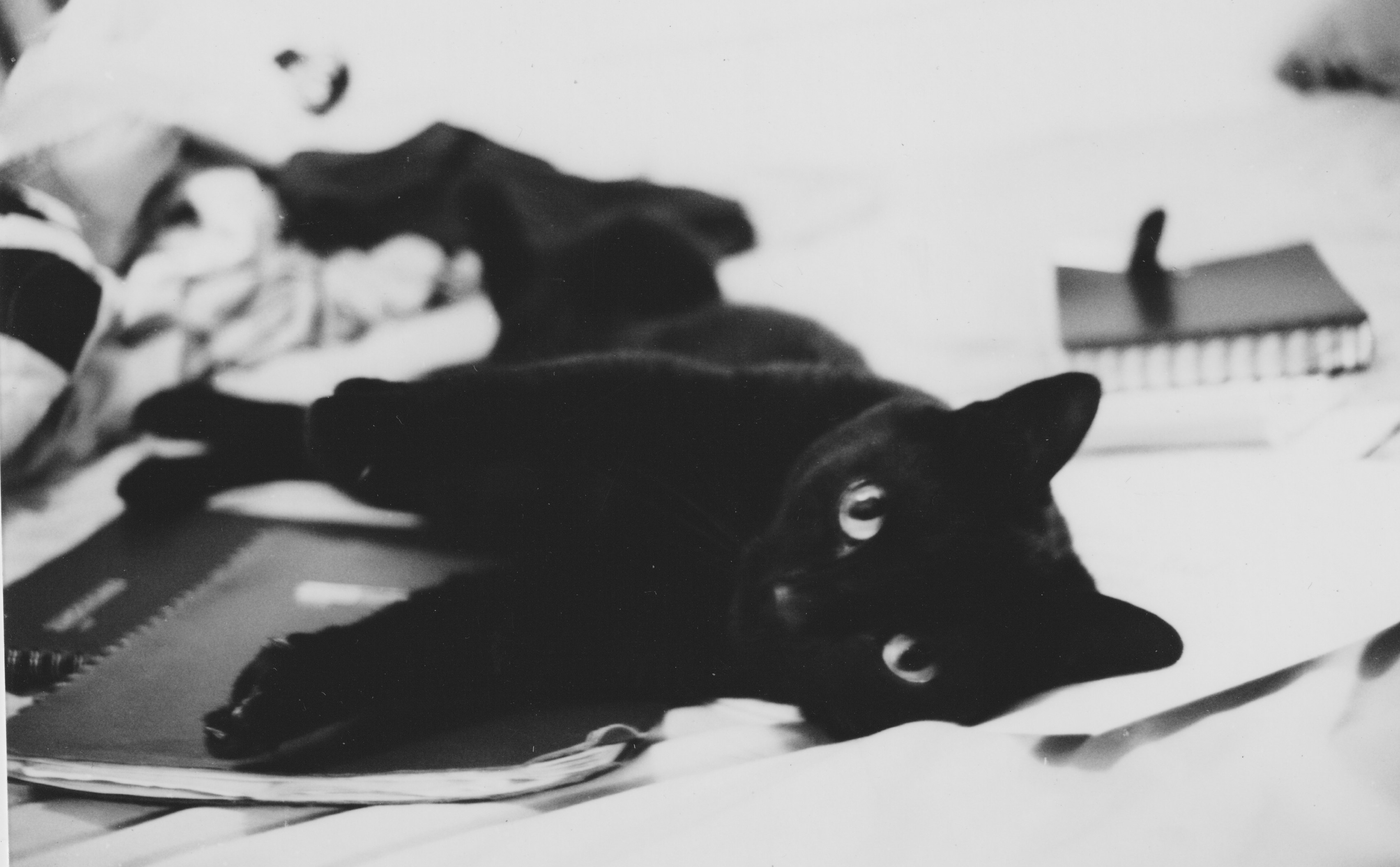 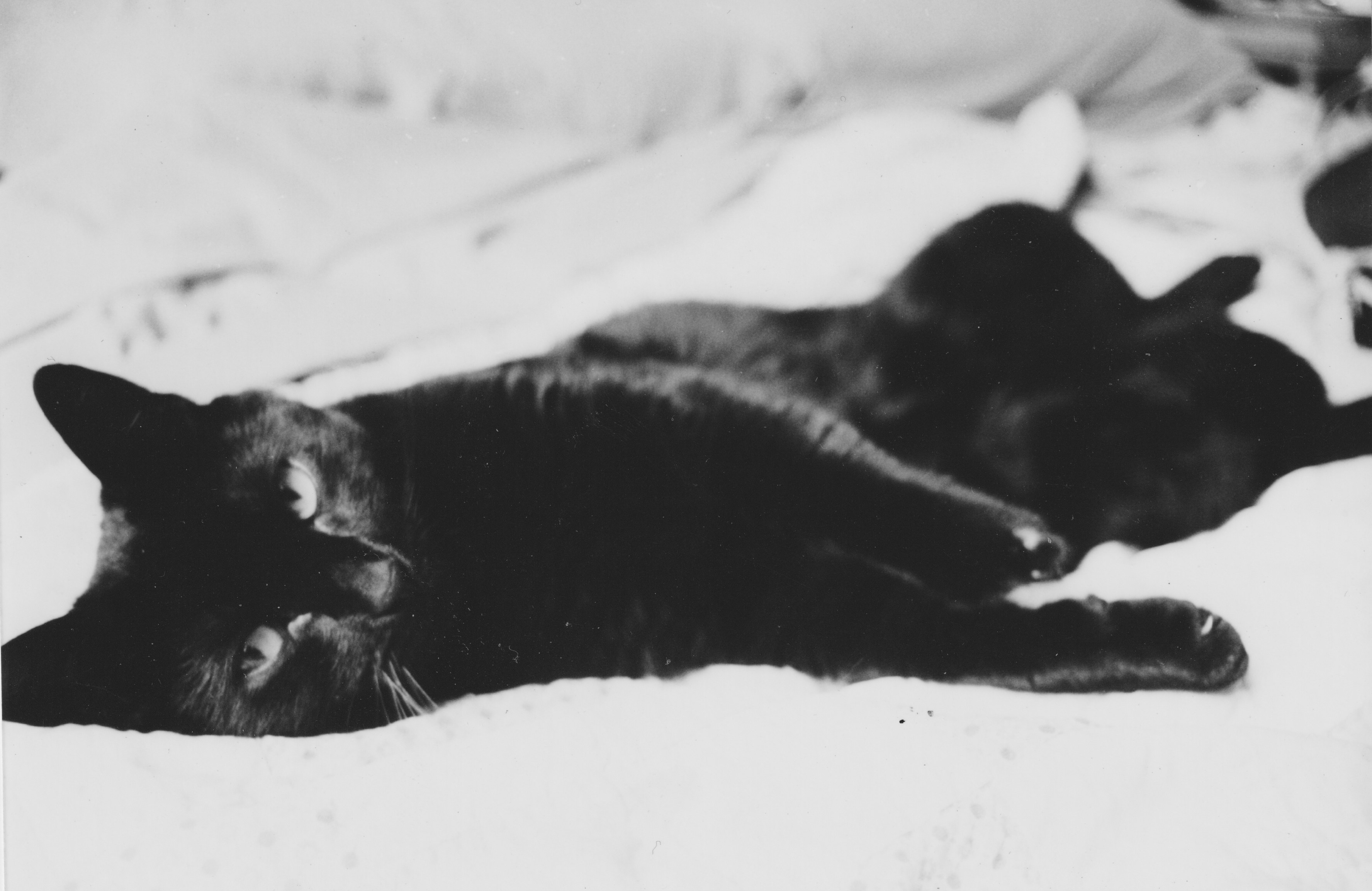 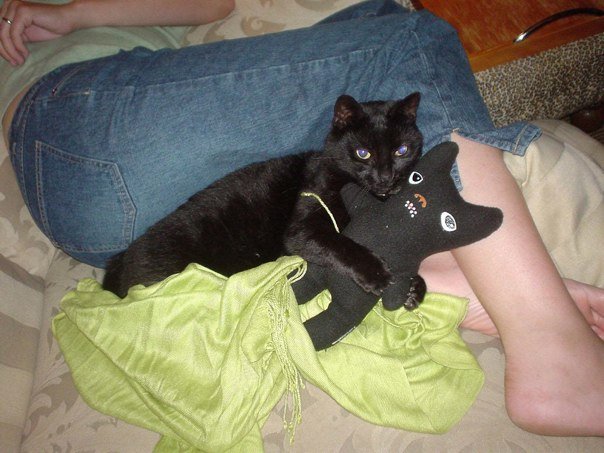 Previous: August 27 1996: We attempted to silkscreen the Hi-Balls record sleeve.